No Separation of Sex and State in Czech Republic - Ms. Magazine
Skip to content 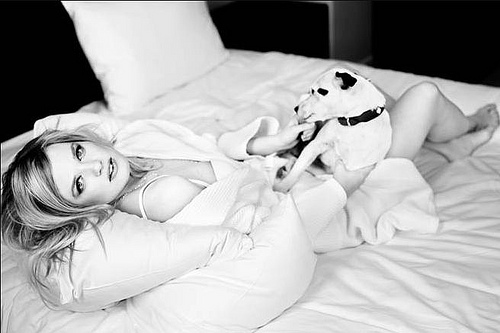 As of last May’s elections, women now hold a record 44 of the 200 seats in the Chamber of Deputies, the lower house of the Czech parliament. And if their presence in parliament isn’t enough, the Public Affairs party is now selling a calendar featuring six of its youngest and most beautiful women members posed in various states of undress.

According to The Telegraph, the calendar is intended to raise awareness: “We want to draw attention to the fact that we have women in politics,” said MP Lenka Andrysova, who appears in one shot in a thigh-high dress kneeling on a shelf. The Wall Street Journal attributes the calendar to a cultural backlash against the pantsuits and general sexual repression during communism. Quoted in the article, one Czech politician (and model)–Marketa Reedova, 42, a Prague city councilwoman who’s running for mayor–said:

Women’s political influence is growing. Why not show we are women who aren’t afraid of being sexy?

The appropriate uses of femininity and sex appeal are ongoing and controversial debates within feminism. However, there’s a difference between embracing sexiness (whether in the name of feminism or not) and using glossy, half-naked pictures to draw attention to the growing number of women politicians. The latter is no more than a media stunt that, as an opinion article in The Guardian argues, detracts from serious political discourse and markets women’s sexuality as their primary political asset in a government dominated by men. The calendar is for the heteronormative male gaze–yet another reminder that a man’s vote and attention still counts for more in Czech politics.

Czech men politicians do, in fact, need to pay more attention to their women counterparts. Only two months after the May elections, the government announced an all-men cabinet. Women’s rights activists are attempting to force the government to reverse the decision to exclude women politicians from that body, but have had no success yet. As for the calender–with Lenka Andrysova appearing more interested in brushing her teeth than in representing her district in Moravia, and Katerina Klasnova more absorbed in her adorable dog than in her duties as vice speaker of parliament’s Chamber of Deputies–it doesn’t seem likely to help.

Editors’ note: Sorry we were SO stupid to previously call the country Czechoslovakia in the headline. We’re still living in 1992!!