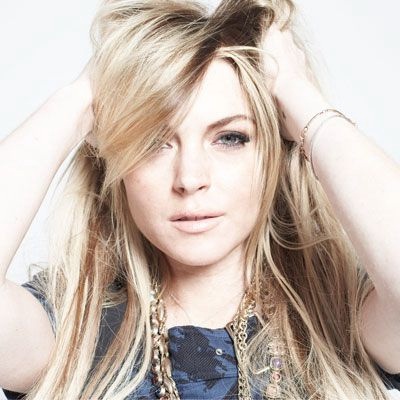 Last week, actress Regina King expressed chagrin in The Huffington Post at the lack of diversity at the 2010 Emmys. Earlier this year, Vanity Fair’s now-infamous all-white “young Hollywood” cover evinced that women of color are still completely marginalized in film.

I thought about these events when I read yesterday that a bidding war of upwards of $1 million has begun for actor Lindsay Lohan’s first post-jail interview. While roles (and media opportunities) for girls and women of color in Hollywood are rare, Lohan remains a well-paid front-page news item, despite years of very public personal and professional troubles.

It’s hard to believe that Lohan is just 24. For the past five years or so, the starlet’s life has provided ample fodder for the tabloids that obsess over her—accusations of unprofessionalism on set, DUI charges, incessant family problems, court appearances, tumultuous relationships, stints in rehab, dramatic weight loss, alcoholism, race blaming (remember her charge of “the black one did it”). And despite these events, last week she was one of the headliners in the film Machete, which came in at #2 at the box office. She will grace the cover of October’s Vanity Fair. She’s in talks to appear as a guest during Oprah’s farewell season that starts Monday. And she makes between $25,000 and $100,000 per appearance at events in New York and Los Angeles.

Let’s use bell hooks’ multi-tiered theorizing of whiteness and popular culture to take a closer look at the staying power of Lindsay Lohan. hooks says:

Since most white people do not have to “see” black people (appearing on billboards, television, movies, in magazines, etc.) they do not need to ever be on guard…they can live as though black people are invisible, and they can imagine that they are also invisible to blacks…They think they are seen by black folks only as they want to appear.

In other words, as whiteness becomes the default, commonplace trope of popular culture representations, anything that represents difference or the “other” runs the risk of being erased, peripheral, or constructed outside of complexity or nuance.

Those working in the academic field of whiteness studies have articulated how such lopsided racial binaries perpetuate injustice. Says historian Richard Dyer:

Power in contemporary society habitually passes itself off as embodied in the normal as opposed to the superior. This is common to all forms of power, but it works in a particularly seductive way with whiteness, because of the way it seems rooted in common-sense thought, in things other than ethnic difference.

Young women of color actors such as Rosario Dawson, Kerry Washington, Frieda Pinto, and Zoe Saldana have not attained nearly the same opportunities as Lindsay Lohan, and it’s hard to imagine they would have been given so many second chances if they behaved so tumultuously. As many such young women struggle simply to stay gainfully employed in Hollywood, white privilege has kept Lindsay Lohan in the Hollywood shuffle.

Lohan remains an interesting case because her gender does create challenges. Women stars tend to experience more slut-shaming and blame in the media than do their male counterparts. (Charlie Sheen has exhibited violent, womanizing behavior for the better part of 25 years, yet he is the highest paid male actor on television.) Combine this with sizeism, ageism, pay disparity, and women in Hollywood do experience very specific barriers that eclipse those faces by men.

But it’s important to note that women of color must experience all of these challenges, relating to both race and gender, which is why the intersectionality that hooks speaks of frequently is so vital a lens. So is hooks’ insistence on considering whiteness, rather than rendering it an invisible norm. Lohan’s gender may make her the subject of some potentially unfair scrutiny, but her color privilege keeps her in the game.