The Other L-Word: How bell hooks Dared Me to Love - Ms. Magazine
Skip to content 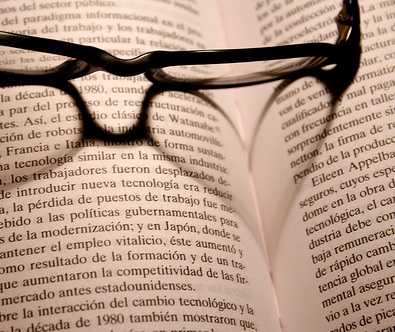 My paternal grandmother should have never had children. Instead, she had five well before leaving her twenties.

On the surface, my grandmother was emblematic of the post-World War II American dream. She married my grandfather, a young, first-generation Polish American who fought his way out of poverty by enlisting in the Army and moving swiftly through the ranks. He benefited from the GI Bill by earning two prestigious degrees and making a name for himself as an engineer.

Together, my well-coiffed grandmother and ambitious grandfather were a picture-perfect couple. They had a newly built tract home where there were once orange groves, complete with five well-scrubbed children, a family car and a gleaming television.

The truth, as with many such families, was that the portrait obscured the reality. My grandmother, an avid reader and intellectual, never realized her own dream of obtaining a degree in anthropology. Instead, she took on clerical work to help support her husband’s ambitions, while simultaneously maintaining the home and the family. Like so many women of her generation, she suffered in silence from the “problem that has no name“: deep dissatisfaction and intense loneliness. By the time Betty Friedan published The Feminine Mystique and blew the doors of the 50’s fairytale wide open to expose a much darker and more complicated reality, my grandmother had divorced my grandfather. She packed up the two girls, leaving the three boys in the care of their militant father, to join the growing class of divorcees in search of broader pastures, self-actualization and the freedom of choice.

Such stories–of white, middle-class women in nuclear families afflicted by the “problem that has no name”–prompted subsequent generations of women to denounce love. Women like me, the daughters and granddaughters of choice-less, stifled women like my grandmother, didn’t want any part of something that took away their power and freedom. Love became a coded word that conjured endless self-sacrifice and nurturing of others. Love betokened women’s work, which was devalued labor. Love was gendered feminine. Love called up white, heterosexual nuclear families with 2.2 kids and a dog. Where the “F-word,” feminism, instilled dread and horror in culture-at-large, the “L-word” instilled dread and horror in the feminist community.

Born in 1972, an early third-wave, Gen-X feminist, I consciously rejected the one-dimensional portrayal of love as culminating in heterosexual marriage + children + suburbs. In the process, I rejected love all together. I felt that in order to be a feminist, I could not show any desire or longing for love in my life. Being heterosexual, I dated men, but became the proverbial “black widow”: I could be with you, but afterward I’d have to kill you. By the time I reached my late twenties in the late 90’s, I felt lonely, unsatisfied and afraid to admit that something was missing.

I was a long-time fan of bell hooks’ work on white supremacist patriarchy and representations in the mainstream media, but when I picked up Communion: The Female Search for Love, one of her series of books on the subject of love, the title itself made me self-conscious, lest anyone think it was similar to “how-to-find-a-man” books like Women Who Love Too Much.

Yet, from the moment I opened the book, I knew it was more radical than her other work. As hooks says in the book, to talk about a love in a culture of domination is radical in itself. And it turned out to be the most influential, liberating and powerful work by hooks–or anyone–that I would ever read.

I felt she was speaking directly to me, addressing my fears and my unspoken, secret desires.

Feminism offered us the promise that a culture would be created where we cold be free and know love. But that promise has not been fulfilled. Many females are still confused, wondering about the place of love in our lives. Many of us have been afraid to acknowledge that “love matters,” for fear we will be despised and shamed by women who have come to power within patriarchy by closing off emotions, by becoming like the patriarchal men we once critiqued as cold and hard-hearted. Power feminism is just another scam in which women get to play patriarchs and pretend that the power we seek and gain liberates us. Because we did not create a grand body of work that taught girls and women new and visionary ways to think about love, we witness the rise of a generation of females in our late twenties and early thirties who see any longing for love as weakness, who focus solely on gaining power.

hooks dared me to love, to view love as revolutionary and courageous. She encouraged me to expand my girlhood, fairytale definition of love and  find love all around me. As hooks states, “The communion in love our soul seeks is the most heroic and divine quest any human can take.” Given permission and validation, I opened my heart and found love within myself, for myself and my community. Of all the gifts hooks has given me, this has been the most profound.