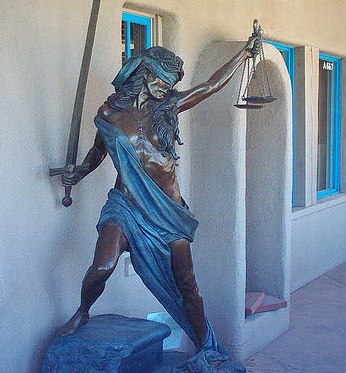 Congressional hearings trade in statistics, so here’s a preview number for a subcommittee hearing tomorrow:

Three percent. That’s the number of rape cases that ultimately lead to a rapist’s incarceration, according to a 2010 report by End Violence Against Women International.

At 2:15 p.m. (EST) on Tuesday, the Senate Judiciary Committee has scheduled “Rape in the United States: The Chronic Failure to Report and Investigate Rape Cases.” The Subcommittee on Crime and Drugs will hear such speakers as Honorable Susan B. Carbon, director of the U.S. Department of Justice’s Office of Violence Against Women, Charles H. Ramsey, commissioner of  the Philadelphia Police Department, Scott Berkowitz, president of the Rape, Abuse, & Incest National Network (RAINN), and our very own Eleanor Smeal, president of the Feminist Majority Foundation and publisher of Ms. The hearing will be broadcast live via webcast.

Feminists are familiar by now with the institutional challenges to successful rape prosecution: the underreporting, underpowered investigations, brief prison sentences and the undying myth that only strangers rape (despite evidence that acquaintance rape constitutes 70 percent to 90 percent of cases). Still, an estimated three percent incarceration rate for rapists in the year 2010 is more than a “chronic failure”; it’s a gaping hole in our legal system. Let’s take a look at a few of the legal and social problems in rape prosecution that are contributing to this crisis:

Under the Uniform Crime Report, the definition of forcible rape is “the carnal knowledge of a female forcibly and against her will.” Based on this definition, the FBI estimated 57.7 offenses per 100,000 women in 2008–a far cry from the National Violence Against Women Survey that estimates approximately one in six women will experience a completed or attempted rape in their lifetimes. Perhaps part of the discrepancy lies in the Uniform Crime Report’s exclusion of statutory rape (if it lacks sufficient force) and penetration by any object other than a penis, as well as counting rape by the number of victims, not by number of rapists or number of incidents.

Beyond the narrow definition, victims of forcible rape must contend with police forces that are approximately 85 percent men and sometimes all too quick to dismiss a case as “unfounded.” In June, The Baltimore Sun investigated why the city has a 30 percent rate of “unfounded” sexual assault crimes and concluded that it wasn’t because one in three women in Baltimore were lying about being assaulted. Instead, the article noted:

Women continue to report that they are interrogated by detectives, sometimes questioned in the emergency room or threatened with being hooked up to lie detectors.

Finally, the continued perception of rape as a he-said-she-said crime (in which each party is just as likely to be lying as the other) buttresses the acceptability of police departments dismissing rape cases as unfounded. The frenzy of media accounts in which women supposedly “cry rape” obscures the truth that very few rape allegations are false. But the possibility of being treated with skepticism further discourages women from reporting sexual violence.

These are only a few of the challenges that will be covered tomorrow during the hearing. To hear more, go here tomorrow at 2:15 p.m. EST, and then tell us what changes you think could help ameliorate this chronic failure.