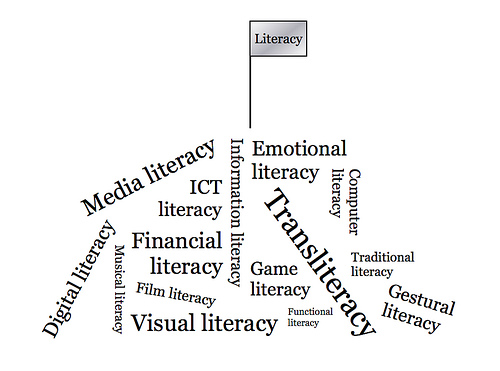 By the time Donna reached junior high, she knew the secret to getting a C—be quiet, sit in the back, don’t make a stink, and show up. For over forty years, Donna kept hidden the fact that she could not read and write well. No one at the law firm where she worked as a bookkeeper knew. Her closest friends and family didn’t know. After all, she was a high school graduate from a predominantly middle-class community. She even had a business college certificate, so who would have ever guessed that Donna was reading at below a fourth grade level?

As Donna’s case illustrates, one cannot assume that because someone has a high school diploma or a higher education degree that she is literate. In fact, according to the ABC News report, Living in the Shadow: Illiteracy in America, “Seven million Americans are illiterate, 27 million are unable to read well enough to complete a job application, and 30 million can’t read a simple sentence.” The National Assessment of Adult Literacy (NAAL) reports 30 million individuals have below basic level literacy skills and 63 million have only a basic level of literacy proficiency—that’s 93 million individuals in the United States who have low or limited literacy skills.

With reports indicating that more girls graduate from high school than boys, and women dominating the ranks of college graduates, it is tempting to think women’s literacy is an issue that has been addressed.  The startling global reality is that more than half of the world’s illiterate are women. Although the last 20 years have witnessed a slight closing of the gender gap [PDF], there are areas in which cultural and economic barriers still prevent more women from becoming literate than men.

Within the U.S., according to the NAAL, women make up 54 percent of those in the U.S. who perform at the lowest level—below basic—defined as not illiterate but lacking the skills to use printed and written information to function in today’s technologically sophisticated society [PDF]. This means that 12 percent of women in the U.S. do not have the reading proficiencies necessary to read and comprehend this blog post, or instructional materials, brochures, books, magazines and news stories.

The institutional oppressions that women face because of their gender are compounded when they are print challenged. Mev Miller, the founder and coordinator of WE LEARN (Women Expanding Literacy Education Action Resource Network), the only U.S. national organization devoted to addressing specifically women’s adult basic education and literacy needs, explains:

Lack of functional literacy skills or limited educational attainment directly hinder women’s full participation in society. Women with higher literacy understand and have better healthcare, find more solutions out of violent or abusive situations, advocate for their children and families, and have access to better-paying jobs. They are more likely to vote and become active citizens. Literacy and basic education, then, are significant factors supporting women’s empowerment and leadership in families and communities.

She believes that women with limited education and literacy have been shut-out and ignored by society for far too long. A national week devoted to adult education and family literacy indicates this may be changing.

Recognizing the need to raise public awareness of adult and family literacy, the U.S. House of Representatives and supported by the National Coalition for Literacy, declared September 13-19, 2010 Adult Education and Family Literacy Week. So far, this dedication is a one-time only effort: but it is an opportunity to assist adult learners in need of literacy services and support increased access to adult education and family literacy programs by increasing awareness.

We often equate “smartness” with reading, but Donna’s story demonstrates how smart one can be without it. She learned to navigate and maneuver the world without being able to read most of the things in it.

Professor and women’s adult literacy scholar, Lorna Rivera, points out the need to challenge the stereotypes we currently hold of adult literacy learners—infantilized, helpless, dependent, vulnerable. Like Donna, there are the millions of articulate, strong, yet invisible women who are affected by low literacy and limited education. The problem extends across age, ability, race, and class boundaries, although certain patterns emerge: 46 percent of the adults identified as America’s least literate have one or more disability, 63 percent are people of color, 44 percent are below the poverty threshold, and 35 percent are people who only spoke Spanish before starting school [See PDF, table 4.1].

In addition to a national week devoted to raising the awareness, the next step needed is for the Reauthorization of the Workforce Investment Act, Title II (WIA-II), also known as the Adult Education and Family Literacy Act (AEFLA). The law was scheduled for reauthorization in 2003, but, largely due to issues concerning other parts of the legislation, has not yet been reauthorized. Thankfully, due to advocacy efforts in the adult literacy field, Congress is now working to reauthorize WIA. The legislation would, among other things, coordinate an adult education, literacy, and work skills system designed to better and more broadly serve adult students [see PDF]. And good news came on September 9, 2010 when Congressman Dan Maffei (D-NY) began sponsoring an Adult Literacy Caucus in the U.S. House of Representatives.

For the millions of Americans in need of adult literacy services, reauthorization cannot come soon enough. More than 51 million out of school youth and adults in this country lack their GED® credential or high school diploma, 29 million are in need of English Language Services [PDF], and about half of the adult workforce lack the basic communication skills and education required to obtain a job that pays a living wage. Current adult education services meet the needs of only 3 million adults annually–a much lower number than the 80 to 90 million adults that need them–and were not designed for the global economic challenges of today [PDF].

Want to get involved? Follow the reauthorization of WIA and let Congress know the changes you want to see (http://blog.ncladvocacy.org/). Lend your support by becoming a member of the Women Expanding Literacy Education Action Resource Network-WE LEARN (http://www.litwomen.org/membership.html).

Dominique T. Chlup is an Assistant Professor in the Educational Administration and Human Resource Development Department at Texas A&M University. She is also an affiliate faculty member in the Women's and Gender Studies Program. She has an MFA in Writing from Sarah Lawrence and her Masters and Doctorate in Learning and Teaching from Harvard University. Her research interests include the socio-historical dynamics of women's learning in alternative educational settings, specifically early twentieth century prison reformatories, the politics and practice of contemporary corrections education, and the development of adult literacies. She has a particular interest in women's literacy issues and the gendered and racialized experiences of women inmates.