Let This Feminist Vampire In - Ms. Magazine
Skip to content 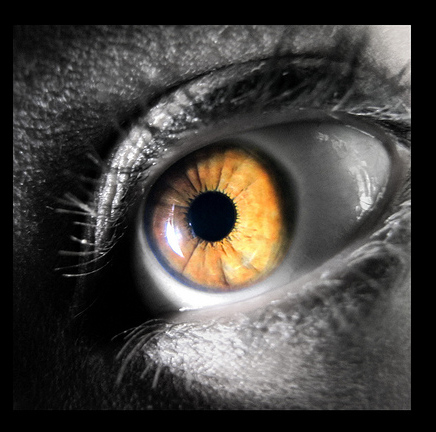 Vampires have become so common in contemporary texts that they have lost some of their bite. With most of them falling into the emo, brooding, love-struck and angst-ridden variety (Edward of Twilight, Damon of The Vampire Diaries and Bill of True Blood), the female vampire featured in Let Me In (the U.S. remake of the Swedish film Let the Right One In) presents a refreshing change. Abby (Chloe Moretz), the 12-year-old lonely-yet-resilient vampire in a world populated by male violence, is a feminist vampire worth routing for.

While the original film was also excellent, it lacked some of the more overt gendered analysis of the U.S. version. Though this may be due to discrepancies in translation (I saw the film both in Swedish with English subtitles and dubbed in English), the bullying theme running throughout the narrative was framed very differently in the Swedish version. In it, the young male protagonist, Oskar, was repeatedly told to “squeal like a pig” by his tormentors. In contrast, the male protagonist in the U.S. version, now named Owen (played by Kodi Smit-McPhee), is attacked by bullies with taunts such as  “Hey, little girl” and “Are you a little girl?”

Owen’s burgeoning friendship with the young vampire Abby (named Eli in the original) furthers this gendered meme when she advises him “You have to hit back … hit them back harder than you dare.” When she promises to help him, he says “But you’re a girl,” exhibiting the belief the bullies have instilled in him that girls are scared and weak. Even though an earlier scene showed Owen smiling as he views a girl punching the lead bully in the arm, this approval of female resistance has not erased the anti-girl taunts the bullies have polluted his brain with.

With an existence shrouded by his parents’ ugly divorce, the film suggests Owen has turned to voyeurism as an escape from his prison-like existence at both home and school. As Owen watches the world from his bedroom telescope and from behind his wide-eyed gaze, we see the daily injustices humans enact upon one another; bedroom fights, schoolyard torture, sibling abuse, interpersonal violence. Much of this violence is linked to codes of masculinity, including the muscling-up men do to create bodies capable of violence.

In comparison, vampire Abby’s thirst for blood becomes less violent and a lesser evil: Killing is something she resorts to in order to survive, in contrast to it being a sport (as with the bullies) or a means to secure and keep a mate (as with her “father” figure). The everyday violence in the film is more horrific and has more lasting effects than Abby’s monstrous thirst.

Unfortunately, the opportunity to further the suggestion that “average humans” are plenty monstrous is rendered less horrific in the American version by removing the references/suggestions of pedophilia in the original novel and film. Nevertheless, the remake provocatively suggests that our cultural proclivity to focus on exceptionally violent crimes of the “stranger danger” variety allows enduring, daily acts of violence to go comparatively unnoticed. Owen has adopted this view as well–he never mentions evil until he learns Abby is a vampire, failing to see that what the bullies do to him is actually more evil.

Though the film drips with gendered representations (although ones not as graphic, nor as queer as the original novel, as discussed here), reviews such as those in The New York Times and at MovieFone offer no gender analysis–an omission that seems particularly odd given the misogynistic bullying the film depicts as well as its focus on a girl vampire, a rarity in our male-dominated vampire tales of late.

To find such analysis, one most go back to reviews of the original film, including here at Feminist Review. Noting the tendency for a “queer sensibility about female vampires in film, whether explicit or subtextual,” Loren Krywanczyk argues the “gender non-normativity” of the two young protagonists presents us with a queering of gender as well as of childhood sexuality. Such queer readings are even more apt if Abby/Eli’s centuries-earlier castration (cut in the American film and only alluded to in the Swedish version) is taken into account.

While there has been much rallying against the necessity of remaking the film to appease Americans subtitle-avoidance (as here), I feel this new version offers yet another useful spin on a very complex tale–one a bit less queer but also one that  links the cultural disdain for femininity to the ubiquity of horrific daily acts of violence. If only our mainstream news media would similarly let that argument in.