We ALL Need to Come Out for Equality - Ms. Magazine
Skip to content 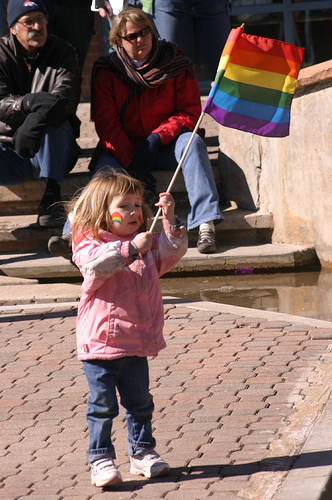 To say it has been a difficult autumn for the LGBT community is not nearly strong enough. News accounts of young people committing suicide after being bullied and harassed because they are LGBT, or perceived to be so, seemed to be a daily occurence in September. Billy Lucas, a 15-year-old freshman at Greensburg High School in Indiana, hung himself on Sept. 9. Lucas’ death was quickly followed by the deaths of 13-year-old Seth Walsh on Sept. 19, 18-year-old Rutger’s freshman Tyler Clementi on Sept. 22 and 13-year-old Asher Brown on Sept. 23. There may have been many more suicides, or attempted suicides, of LGBT teens, young adults, and adults that were not reported.

Even one death is too many.

September didn’t offer better news on other fronts either. The U.S. Senate vote on the repeal of Don’t Ask, Don’t Tell failed to pass, even though polls consistently show that more than 50 percent of Americans support its repeal.

The curious case of Michigan Assistant Attorney General Andrew Shirvell, who has made a personal campaign of harassing Chris Armstrong, the first openly gay student body president of the University of Michigan, also made headlines last month. Shirvell’s boss, Attorney General Mike Cox, made it clear he had no plans to stop Shirvell from blogging about Armstrong, saying it was Shirvell’s First Amendment right to post his hate-filled rants on the web. However, now that news has spread that Shirvell has been banned from the University of Michigan campus for, among other things, standing outside Armstrong’s home in the middle of the night, Cox says he will hold a disciplinary hearing when Shirvell returns from a personal leave in a few weeks.

This month hasn’t gotten off to such a great start either. On October 3 in New York, a man and two teenage boys were brutally beaten and tortured by a group of nine thugs in punishment for homosexual activities.

With all this going on, I started getting pretty depressed about the state of equality in the U.S. I’m a heterosexual woman, but that doesn’t mean I don’t hurt for all the people who don’t share the privileges I have in our homophobic, heteronormative society. That’s why I think the theme for this year’s National Coming Out Day–started in 1987 when half a million people participated in the march on Washington for Lesbian and Gay Rightson–on October 11 is absolutely perfect: Coming Out for Equality. It applies to everyone: lesbian, gay, bisexual, trans, questioning, curious and straight. All of us can come out this year, because we can come out for the equal treatment of, and equal rights for, everyone in society.

Especially now, I feel it is crucial that straight adults step up and come out as allies of the LGBT community. The recent deaths of so many young people are evidence that it may not be safe or wise for some people in some places to come out. We have to work to make it safer, and one way we can do that is to be advocates for those who are, at the moment, unable to advocate for themselves for fear of harassment, bullying and worse.

Dan Savage, political fireball and sex advice columnist, started a bit of a revolution on YouTube last month with his “It Gets Better” Project. The idea was to invite LGBT adults to videotape their stories and let teens know that once you get out of high school life gets better. The stories are great–heartwarming, heart-wrenching, full of hope. The project has been such a success that it quickly reached the 650-video limit allowed by YouTube, and Savage now plans to set up a website.

The “It Gets Better” Project is offering a lot of hope to LGBT teens, encouraging them to keep struggling through the rough times. As Savage says in the video he created with his partner Terry, “You have to live your life so that you’re around for it to get amazing.”  This is a wonderful message, but some of the videos remind us that things don’t just magically “get better” for everyone.

Psychology Today blogger Elana Premack Sandler, a public health social worker, writes about her friend David‘s “It Gets Better” video in which he contradicts Savage’s premise, saying, “It doesn’t get better, but you get stronger. What gets better isn’t the world around us, but our abilities to cope with the world.”

David points out that being white, middle- or upper-class, having an education, living in an urban area and an assortment of other privileges makes things better for you if you are LGBT. If you don’t have those things, then you have to make yourself tougher and stronger, because the world doesn’t magically get better for you just because you get out of high school.

Where there is no magic, there is just everyday struggle. This is where all of us, including those of us who aren’t LGBT, need to get busy. We need to actively address prejudice in our communities and in our laws. And we all need to participate in National Coming Out Day on October 11. Things can get better, but it doesn’t happen just because our kids grow up; it happens because we roll up our sleeves, address the issues and make things change. No magic necessary.