Whose Face(book) Is It Anyway? - Ms. Magazine
Skip to content 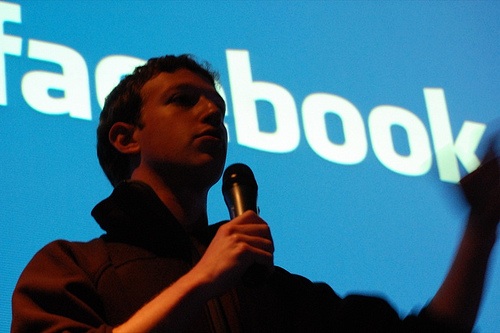 I just saw the film The Social Network. Everyone appears to be raving about it. People like Frank Rich of The New York Times say the film is brilliant and I bristle a bit. Is this the new brilliant? It looks less brilliant and more politically contrived to me, a film made for this era, lauding the new class privilege of this very high-tech driven moment. My head keeps jumping around. Beautiful muscular rich male bodies need no longer apply.  The new economic order accommodates nerdy white males, even Jews. Alas, this is the newest version of our supposed meritocracy. Exclusivity remains racialized as white, in misogynist male form.

Mark Zuckerberg  portrays the updated version of class power—its sheer arrogance, ruthlessness and tech smarts that make him rich. The new “black,” so to speak in fashion jargon, is actually a nerdy white male Jew who can hack anything. The old class of monied wealth, symbolized in the Winklevoss twin brothers who sue Zuckerberg for supposedly stealing their idea for Facebook, looks farcical and outdated. Most people watching the film already think that Zuckerberg has to be brilliant—like others at Harvard. But I am not a fan of elitist education, and so I am not at the ready to see him as so gifted and brainy. Sure he is smart and has a gift for algorithms. But I also think that our brains are much more shared and collective than singular and genetically coded. Zuckerberg thinks he is smarter than everyone so it is OK to take what he wants and then make it better than anyone else could do. He is sued for stealing what simply seems to be fair game to him.

He needs no one. Not even one friend. The movie ends telling us that he is the youngest billionaire ever. Some people watching will think he is a sad sack. But others will think he has plenty of money to keep him company.  And he can always get a good fuck because girls are at the ready for the new guy on the block. And by the way, it does not matter to me who Zuckerberg really is—whether the film’s story is truly true or not. It is that this is the story that David Fincher and Aaron Sorkin chose to tell that matters.

I cannot let go of the movie. There is just too much non-critical thinking in and about it. How is it possible in this moment—with unemployment soaring in the U.S., where newly minted millions of poor people are visiting soup kitchens and food pantries that cannot stay stocked, where young gay men commit suicide after being outed on the Net, where no one really knows if or where new good jobs are to be found, that Sorkin can play it safe and leave it open, so to speak, whether unbridled capitalism with its new technologies is workable and sustainable for most of us? For whom is he thinking? The few nerdy white men at Harvard? Please.

It is true that we live in a moment where nothing is clearly obvious—where our class relations are in flux and have been since the early 1970s and the launch of this latest stage of global capitalism. The digital era has made capital more mobile than ever. Labor appears more mobile as workers migrate and immigrate. Labor is also stagnant and remains local in the new factories that have been shipped elsewhere.

Facebook connects millions of people across the globe, but alongside and on top of a rigid class structure, even if it is newly forming in new sites. So this film assists and nurtures global capitalist needs—heralding and applauding, even if ambivalently and cautiously, the new meanings of intellectual property. We are told that Napster might have failed, but it shook loose the music industry nonetheless. This new technology applauds exclusivity while it parades as democratic. The tech is not neutral. It is laden with misogyny and whiteness in their new forms of class privilege.

Why wonder if Zuckerberg is guilty of stealing or not? Capital steals labor all the time. The banks have stolen from all of us. What is private property other than stolen stored-up labor of another anyway? If you do not want this socialist narrative you can still wonder whether any invention can be wholly singular and individual in its origin to begin with. Edison hardly invented the light bulb all by himself. Any idea or thing worth inventing reflects a process of dialogue between people. Owning an idea, so to speak, is particularly connected to the notion of private property. Indigenous peoples across the globe have been dispossessed by this colonial version of things.

And enough with the genius myth and that genius come only in white male bodies. It is interesting that we are told in the film that China has more geniuses than there are people in the U.S. As such, I guess China becomes the new economic threat.

Showing women as pieces of ass, as stomachs to snort cocaine on, as Asian hysterics, as easy fucks, as tits and boobs is misogynist, but it is also outdated for the present globe. Women and girls are the newest laborers of the global economy. Women outnumber men in the labor force for the first time ever in the U.S. Gender and race are shifting in these new class relations. The least a film can do that is about the new class relations is recognize its shifting forms.

Other than the overwhelming female ass we see in the film, there are two women who are not cowed by Zuckerberg. I was wishing while watching the film that the girlfriend from Boston University that Zuckerberg trashed on the Net had refused to use Facebook as a statement of resistance. Otherwise, she spoke truth to power and ditched him. The young woman lawyer that appears near the end of the film sees in more nuanced ways than her male colleagues, but in the end is unwilling to condemn Zuckerberg’s ruthlessness and immorality. She leaves his guilt unresolved. People are left to wonder about his culpability.

My reflections are not about Zuckerberg the person, whoever that might be. They are about the reality of poverty and war today. And this film narrates a made-up globe that displaces real people by telling a story of success in spite of everything. The new global citizen will be singular, and ruthless. There is no condemnation of this. My disgust is not with the new tech—I love the ease of email, Skype, texting, et al. My disgust is with the tech when it displaces people and makes them/us invisible.

I think we live in a moment of what an astrophysicist might call “singularity,” a place and point in time where the laws of physics no longer apply. It may be that very soon the changes that we have been living through will coalesce into unrecognizable classes, genders, sexes and races. It is why this film and digitized virtual life needs interrogation alongside the engagement.

People need one another. People need good and interesting jobs. People need a living wage. People come in all colors, and many genders and sexes. Brilliance is not a category of the very few. Brilliance is a term I connect to anyone who can create social and economic justice for us all. Brilliance would be held for the person who can use this new fabulous tech to create a world that is kinder to us all, not one that pretends that the continued disposal and distancing of people is sustainable.

I wish that everyone that agrees with at least a bit of what I am writing would close their Facebook account for awhile … as a sign of solidarity with the rest of the world. Then when they start posting again they might demand something humanely new.

Photo of Mark Zuckerberg from Andrew Feinberg under Creative Commons 2.0.

Zillah Eisenstein teaches political theory and anti-racist feminisms in the Politics Department of Ithaca College in Ithaca, New York. Her most recent book "The Audacity of Races and Genders: A Personal and Global Story of the Obama Campaign."