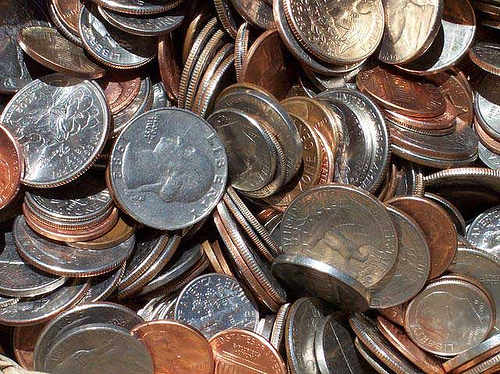 As the “lame duck session” of Congress got underway yesterday, the impending vote on the Paycheck Fairness Act gives the current sitting senators the opportunity to prove that they are anything but, well, lame ducks.

This legislation, formally known as H.R. 12, is designed to strengthen the Equal Pay Act of 1963, closing the loopholes that have prevented the law from reaching its intended effect. While women’s wages have improved since 1963 (when they made less than 60 percent of what men made), the wage gap is still alive and well at 77 cents to men’s dollar, according to the National Committee on Pay Equity.

Now coming in front of the Senate for a vote this week, the legislation is designed to make it easier for women to bring lawsuits against discriminatory employers. Specifically, the legislation:

President Obama describes the legislation as “a common sense bill” and is pressing for its approval. Eleanor Smeal, president of the Feminist Majority, points to the economic downturn and women’s increasingly prominent role as economic providers as a reason to pass the bill, saying,

In this recession, it is very clear for most Americans [that] a woman’s paycheck is needed for the family to stay out of poverty. Women cannot continue to be shortchanged if they and the families that depend upon them are to stay in or reach the middle class.

Of course, this “common sense” and necessary legislation is not without apologists crying the familiar “sexism is dead” refrain. The current inflammatory dissenter is Christina Hoff Sommers, whose op-ed in The New York Times blames the wage gap on women’s career choices (read: humanities, social work and other “touchy-feely” jobs) and their tendency to value “family-friendly workplace policies” more than their men counterparts. Given the overwhelmingly white male literary canon, it seems ironic that humanities became devalued as “women’s work” the moment we began to earn more of these doctoral degrees. (Especially given that when a man does turn out a work of fiction, he is heralded for “pick[ing] up the torch for U.S. literary tradition.”) Imagine what would happen to the discipline if Universities actually taught the work of women writers.

Women’s career choices aren’t the problem: Discrimination is. As Newsweek reports, the U.S. Department of Education collated wages by job sector and determined that, “Whether women go into teaching or business, social work or science—and before they’ve had the chance to cripple themselves by ‘life choices’ (these are young, childless women we’re talking about)—they will still make roughly 20 percent less than the men they work with.” As women are increasingly sole breadwinners–now up to 36 percent of American families–it’s time for not just women, but also their partners and children to benefit from equal pay for equal work.

UPDATE: The lame-duck Senate failed to get the 60 votes needed to bring the act to the floor–all Republicans voted no.

You can continue to lobby for paycheck fairness by joining this petition: