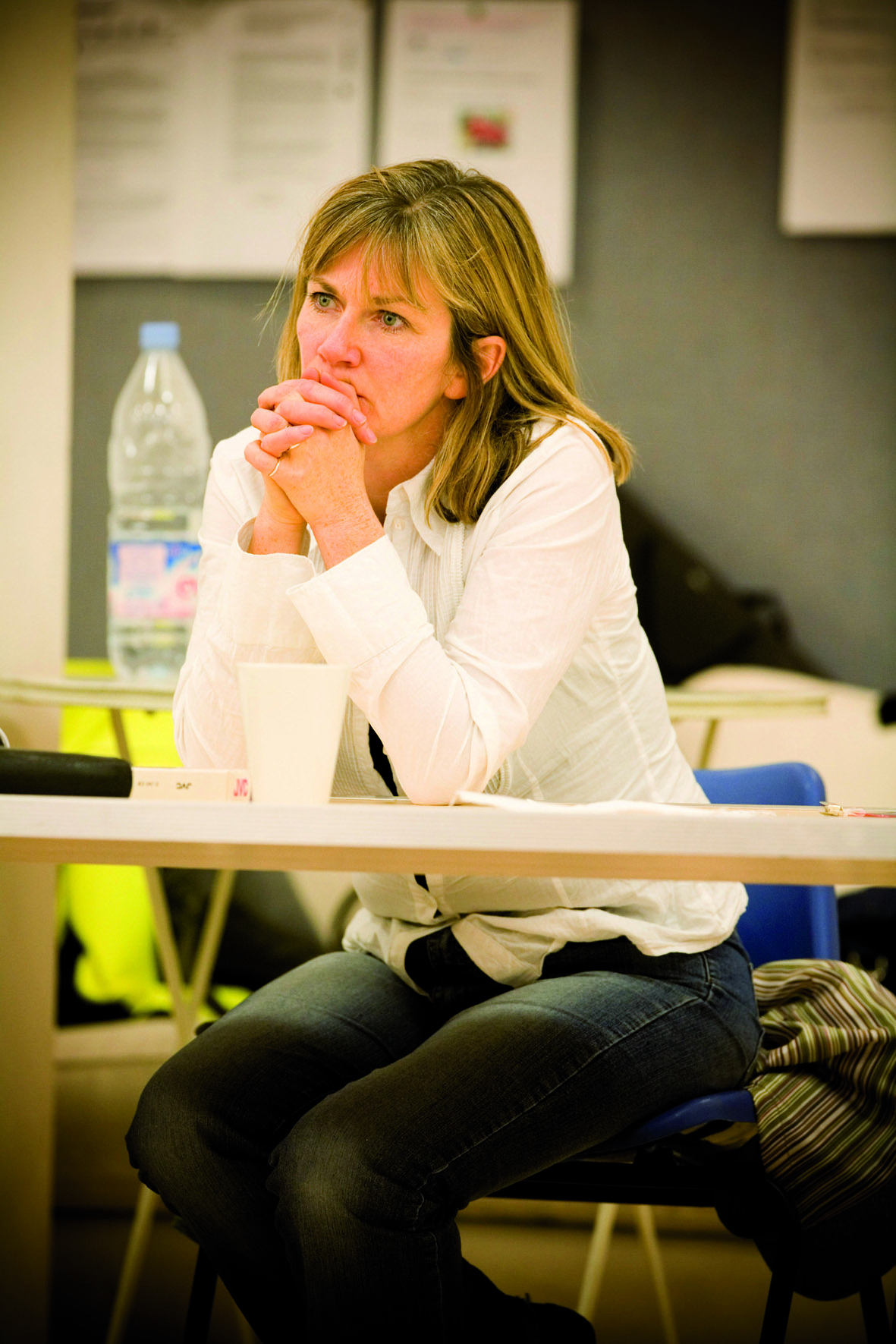 Four hundred years ago, a man named Shakespeare opened the famous Globe Theatre with Julius Caesar–kicking off a rich history of soon-to-be classics that inspired and encouraged men playwrights around the world to aspire to reach this particular stage. Four hundred years later, a woman playwright has finally been invited to the party.

How did you get your start in theatre?

Nell Leyshon: I had been writing prose for many years and had reached a point where I ran out of energy and I couldn’t quite finish the novel I was working on. I decided to try and write a radio play and I loved writing the dialogue and structuring it. When I’d finished, I decided to try a stage play, though I had no background in theater whatsoever. That ended up being my first produced play. I always tell people I didn’t have that first play on until I was 40, as it’s often thought playwriting is only a young person’s game. It isn’t.

How did writing Bedlam for the Globe come about?

I was commissioned in the summer of 2009. The artistic director of the Globe had seen my work and we had been talking about a play for the Globe for a long time. It was just a question of finding the right subject.

Were you pleased with the way that Bedlam turned out? As a writer, how much input do you have into how it appears on stage?

I was pleased, yes. The writer has some involvement with the choices made, however theater is collaborative and at some point you have to hand over your work and trust the creative team and the actors to do their job.

Why do you think it took so long for a woman playwright to get a play produced at the Globe?

The original Globe was never a possibility–when it burned down (Ed Note: The Globe burned down in 1613), it was still illegal for women to appear on stage! The new theater was built only 14 years ago and the focus only shifted to new plays recently. The artistic director had asked other women to write for the space, but I was the first to accept the challenge.

How does it feel to be the Globe’s first woman playwright? Did you know you were the first when they asked you to write for them? I found it surprising that in its 400-year history there hadn’t been a woman playwright.

I knew I would be the first and that added to the challenge. I needed to be sure that I had an idea that was big enough to use the space, and engaging enough for the audience. It is such a specific challenge to write for the the theater. Only 17 percent of plays are written by women, and there are questions to be asked about why that is, but I just concentrated on getting the play done!

You were quoted by The Independent as saying “They say you have to act like a man to succeed, and you do have to project confidence.” Does this mean, then, that you believe the problem to be that there aren’t enough women at the production level (i.e. the ones doing the hiring)?

No, I don’t think that was what I was saying. I was looking at how I was acting in meetings and at work compared to the male playwrights I watched. They were much more confident and bullish, and clear about asking for what they wanted. That inspires confidence in whoever is commissioning a play. The question of whether there are enough women doing the hiring is another question, and I am not sure that is the problem. I have to be honest here and say I am not quite clear what the problem is, and I think we are at a time when it is changing anyway, as there are so many women playwrights making massive breakthroughs in the UK.

Now that you’ve cracked the Globe’s ceiling for women writers, what do you think needs to happen next in terms of clearing the way for women in theater?

We need to accept that if we want great roles for women on the stage (or film and TV) then we need more women writers. I think women are more likely to write parts for women. There are exceptions, and some male playwrights place women at the center, but it’s not often. We are also in a time of poor representation of women–I do feel we are slipping back somehow, especially in TV and film. And we need to address the obsession with young writers, and finding the next young talent. Women have children, and there is no doubt that bringing up children is time consuming and affects your career. We need to accept that women (as with myself) may come to writing later when their main childcare duties are over. My children are now old enough for me to be able to go away and to concentrate on plays for a period of time.

What are you currently working on?

I am currently writing another novel, and I am finishing a play which will open a theatre festival in Newfoundland next summer. I am also developing some new plays and about to write a short screenplay.

Do you consider yourself a feminist?

I have always considered myself a feminist and always will. I worked with two young women recently who said that I was very outspoken and that I was voicing things that they felt unable to at work. We need to be careful not to get sucked back in and to continue working and speaking out so that young women feel more able to.