Women on the Frontlines in Bahrain - Ms. Magazine
Skip to content 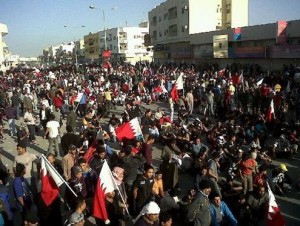 The Persian Gulf island nation of Bahrain erupted on February 14 when protesters gathered at the “roundabout,” or Pearl Square, in the capital city of Manama. A country of one million, Bahrain’s citizens constitute only half the population, the rest being foreign workers. Tensions are intense between Shias–who constitute 70 percent of all citizens–and the Sunni foreign workers who, as allies of the Sunni King Hamad Bin Isa Al-Khalifah, are given preferential treatment in jobs, housing and other privileges.

I’ve been in touch with friends in Bahrain since the crisis began, with a particular concern for the role of women. Here’s my window into their story, from the start:

Wednesday, February 16, 3:30 a.m. The phone rings at the home of a 40-year-old expat and mother of two children. Her friend on the line says, “Look outside! The funeral procession for the second Bahraini man who was killed in the clashes with the police is passing by the back entrance of the compound.” The expat runs up to the roof with her husband to check out the scene. She’s so moved that in a split second she decides to throw something over her pajamas, grab her largest Canon camera and dash out with the friend who called her. They spot protesting Bahraini women at the back of the procession. “The women were very friendly”, and “they immediately wanted to tell me their story”, says the expat mother. “My friend and I walked with the procession into a small village along with the other reporters. It was a very powerful experience.”

Thursday, February 17, 8 a.m. A first-year university student, 18-year-old Zainab Ahmed, is one of four kids and a first-time protestor. “Sixty percent of the protestors are women,” she says. “The reason for this is that a lot of men are in jail or dead and 15-year-old boys are just picked off the street and tortured.”

Zainab’s entire family–including her father, sister and aunt–had been in the medical tent caring for the wounded until 3 a.m. this morning. Zainab herself was subjected to tear gas by the riot police in the medical tent, which is the first place the police attacked. When she wanted to post online the fact that 2,000 protestors had shown up, the Internet was shut off. She passionately explains the purpose of the protests:

It is about poverty, the lack of jobs and housing. It is about the discrimination against locally born Bahrainis and preferences [in jobs, housing, university positions,etc.] granted to naturalized Bahrainis, who come from Yemen, Jordan, Pakistan and India. They are granted citizenship after only a year of residence even though the constitution requires 15 years of residency prior to being granted citizenship.

The police in Bahrain, for example, are almost entirely immigrant, because the regime does not trust its own people. Imagine the reaction in the U.S. if immigration policy preferentially gave jobs to an unlimited number of border-crossers. And the economics in Bahrain–a very rich country–are dismal for many citizens.

The protestors have a new political vision, says Zainab, “We want to elect our prime minister [the current one has been in power for 40 years]. We want democracy. We want jobs, housing, food and clean water. We demand peace and justice.”

Zainab says the regime’s tactics are intolerable: “[It] attacks women and kids on the streets. It accuses the protestors of using swords and bullets, but that is not true.” Dirty tricks abound: Video footage of protestors using weapons was broadcast 14 hours after it supposedly occured, but Zainab is convinced that the government needlessly inserted the implements into the scene of crime, fudging the facts and falsely accusing the protestors. “A nine year-old girl was killed. She’s a child, not a threat,” says Zainab.

When asked about the protestors’ chances of success, Zainab is unflinching:

People won’t stop now. This is not about a Shia/Sunni divide. This is a struggle for all Bahrainis. It is about securing rights for the Bahrainis. It’s about youth and a democratic future for the nation. We are not just following in the footsteps of other countries where protestors launched a revolution. We have our own demands. This is a protest movement. It has no leaders. It is supported by all Bahrainis and the youth.

Things have turned very ugly here. A woman I met yesterday called me in tears. It is heartbreaking. … We will be safe in our compound, having stocked up on more provisions today. I am really upset by how things are being handled here. There is no justification for attacking sleeping people in today’s world [200 were wounded and five killed while sleeping in the square].”

Friday, February 19, 5 p.m. Zainab calls, saying she is attending the prayers on the third day for those who were killed in the protest. She is furious because now the King’s supporters–Indians, Yemenis and Egyptians–are protesting, causing congestion, honking their horns. Yet, they are untouched and not harassed by riot police. “Why the double standard?” asks Zainab.

Bahrain has turned much uglier than Egypt, because here the government seems not even to share the sense of national identity of its people. And this is where the U.S. bases its fleet in the Middle East.

Saturday, February 27. Bahrain is one of the Arab nations whose pathway remains least clear after the initial flurry of protests. This morning I call my friend, the expat mother in Bahrain. “Do you think youth, technology and women are playing a leadership role in the protests in Bahrain?” I ask. She replies with a resounding “YES”:

Youth sparked the fervor. Twitter and Facebook flagged the key issues. At the roundabout on Thursday night, it seemed like the whole country was out –lots of men, women, children and entire villages poured out to participate.

Another source, a professional in the finance industry, said the protestors are speaking in voices ranging from “down with the regime” to “we want a constitutional monarchy.” He believes the government has made concessions by getting rid of three ministers, distributing monetary compensation and releasing some prisoners. The biggest challenge, he says is that “the opposition does not have a unified voice.” But he ends optimistically, “There is potential for a good resolution.”

So the roller-coaster for Bahraini women continues.

Shahnaz Taplin Chinoy is board chair of the Muslim Women’s Fund. 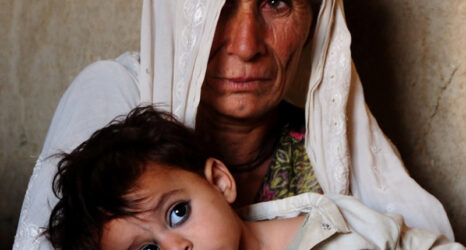 War in Afghanistan Has “No Islamic Justification” 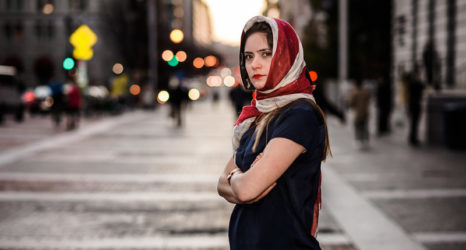 Muslim Men, Take This Opportunity to Learn from Muslim Women

Rising Gun Ownership, Incidents of Domestic Violence, and How Women Pay the Price
As a Woman Researcher, I Experienced the Harassment and Silencing of the Women Soldiers I Interviewed
California Law Eliminates Spousal Rape Exemption—But “Patriarchy Still Dies Hard”