A Woman's Place Is... - Ms. Magazine
Skip to content 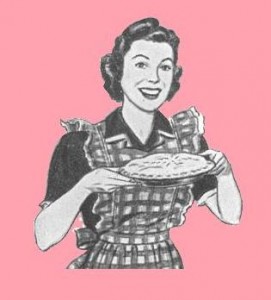 For the 100th anniversary of International Women’s Day next week, the poverty-fighting group CARE is releasing a brief titled “The Top 10 Myths about Women.” For each myth, CARE will honor a “myth-buster” who did something remarkable to dispel that particular piece of sexist folklore during the last 100 years. Myths on the list include: “Women can’t be trusted with money” and “Women’s empowerment comes at the expense of men.”

My personal favorite on the list is the doozy, “A woman’s place is in the home.” In keeping with CARE’s project, I’m going to take a moment to imagine what would happen if that wish actually become reality.

The problem with the glowing picture of the happily baking housewife is the flipside: If women are home, they’re missing elsewhere: among professors, researchers, law schools, courts, Congresses, media, business managers and religious hierarchies.

And what happens when women are largely absent in the halls of power? Consider a few scattered examples:

We need women out in the world in places of power. Not surprisingly, women med students are pushing for abortion training at Bay Area universities (most prominently UC San Francisco and Stanford) so that women’s lives can be saved.

When women’s place is in the home, women are at the mercy of the patriarchy’s ways of seeing. And that is more than a little scary.