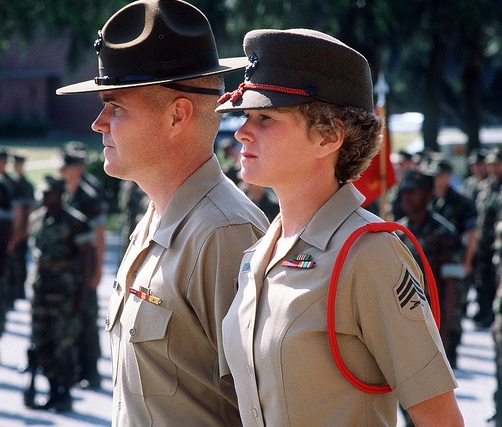 The Military Leadership Diversity Commission (MLDC) has released a report that, as expected, recommends allowing women in the U.S. to serve in combat. The recommendation reads (scroll to page 19) [PDF]:

DoD and the Services should eliminate the “combat exclusion policies for women, including the removal of barriers and inconsistencies, to create a level playing field for all qualified service members. The Commission recommends a time-phased approach:

If the Department of Defense moves forward with the recommendations, the U.S. armed forces will be further along the path to eliminating gender inequality. Women already fight alongside men; an updated policy would finally recognize their service and fairly reward them for it.