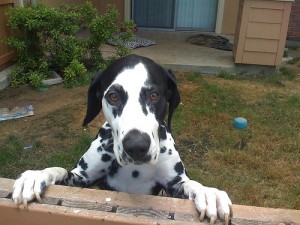 Call me “castanets,” because I’ve had a gazillion “clicks” since I first declared myself a feminist. I was a teen in South Dakota, and after reading Robin Morgan’s Sisterhood Is Powerful in the early 1970s, I’ve been doing a joyous feminist flamenco ever since. But my first “bitch” click came a little later.

Standing in line at the supermarket with my cart of groceries, a man with some crackers and a six-pack of beer cut in front of me without so much as a “May I?” I said, “Excuse me. I’m in line here.”

His response was a venomous and indignant “Bitch!” as he stormed off.

“Click.” After so many years, I got it. No matter how invisible, polite or accommodating I am, someone’s going to think I’m a bitch anyway, so I might as well embrace my own Inner Bitch and trot her out. There is absolutely no benefit in trying to be a non-bitch.

What is a non-bitch anyway? She is like the unicorn: a myth, a fantasy that some perpetually pre-teen men have dreamed up. A non-bitch is a woman/girl who personifies compliant beauty, who never gives a fella any trouble. She is always nice and understanding, never angry, doesn’t argue, doesn’t protect herself, her property or her views. She is always complimentary, remembers every detail about everything, never hurts feelings intentionally, or even unintentionally, always serves others first, always smiles and does what everyone asks of her or even doesn’t ask of her–like the man in the line who simply cut in front of me–and is polite all the time, with no complaint. I’m sure I’ve left something out, but since I’m a bitch I don’t pretend that I’m perfect.

Of course feminist women and men understand that women are human beings just as men are, warts and all. We understand that bitch is the equivalent of stud in the dog world–a designation of value. Bitches are key to the health and welfare of the world.

The more women who embrace, nay, celebrate their “bitchness,” the less “bitchy” we’ll all seem and the stronger we can all become. It’s poser non-bitches who really need to sign up for their bitch birthright.

Old habits die hard. I admit I’ll still flinch if someone calls me a bitch. But I must remember to be proud that I am not invisible and therefore pleasing to everyone and anyone. And I think of my favorite real-life bitch–my dog and companion, a Dalmatian named Pony. She’s dotted, faithful, loving, valuable, warm, nurturing, intelligent, affectionate–and she’s capable of ripping someone who attacks me or her other loved ones to ribbons. She’s a bitch and, except for the way she sheds and drools, I want to be just like her.