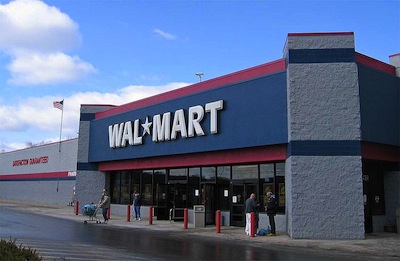 When the increasingly pro-corporate U.S. Supreme Court granted review of the case involving several hundred thousand women versus Wal-Mart, feminists and workers’ advocates raised their eyebrows. Every court to previously consider Dukes v. Wal-Mart had sided with the former and present employees of the mega-retailer, who allege widespread gender discrimination. The Roberts Court, however, has been prone to closing the courthouse doors to those seeking justice against the powerful.

So it was no surprise for Court watchers when yesterday’s oral argument in the case went really, really badly.

The case began 10 years ago, when six women employees of Wal-Mart filed suit alleging that the company perpetrated a pattern and practice of discriminating against female employees nationwide. The women were armed with statistics showing that while two-thirds of hourly employees were women, women composed only 14 percent of store managers and 10 percent of district managers. As Pema Levy wryly observed,

Even if you can’t prove that each individual plaintiff was directly discriminated against, aggregate data leads incontrovertibly to the conclusion that either discrimination is at work, or that women are extremely untalented.

Yesterday, though, the issue before the Supreme Court was not whether Wal-Mart systematically discriminated against 500,000 to 1.5 million female employees since 1998. Rather, the Court considered whether the women’s claims were similar enough to be combined in a class action.

Class actions help plaintiffs right wrongs that each person could not afford to right on their own, especially in cases where the potential damages are individually small. In Dukes v. Wal-Mart, the average plaintiff is suing for around $1,100 in lost wages due to discrimination, according to the Wall Street Journal–a sum that would quickly vanish into the pockets of lawyers, expert witness bills and court fees if plaintiffs had to sue individually.

That right felt endangered yesterday after Justice Anthony Kennedy he asked the attorney for the plaintiffs what illegal behavior Wal-Mart had perpetrated against its entire female work force. Attorney Joseph Sellers replied that Wal-Mart’s legal shortcoming was in both cultivating a sexist culture and in permitting local managers too much discretion in decisions about hiring, raises and promotions. Kennedy retorted:

Your complaint faces in two directions. Number one, you said this is a culture where … the headquarters knows everything that’s going on. Then in the next breath, you say … these supervisors have too much discretion.

It seemed to Justice Kennedy and his conservative colleagues that these were inconsistent positions. They appeared aghast at the notion that a culture of sexism and a laissez-faire policy towards managers could logically co-exist, as they did at Wal-Mart–something Sellers referred to as “the Wal-Mart way.” For instance, how could a company have sexist training materials but still not closely oversee local hiring, raises and promotions? Unimaginable, the conservative jurists essentially countered.

Hope is not lost, however. Just two years ago, the conservative wing of the Court similarly badgered an attorney, whose argument was followed by several reports of his case’s premature demise. At risk in NAMUDNO v. Holder was whether historically racist jurisdictions were required to clear changes to their election systems with the Justice Department, as required by a provision of the 1965 Voting Rights Act. The civil rights community despaired after a blistering oral argument, only to be surprised by an 8-1 decision permitting the Voting Rights Act to remain intact.

It is rare, however, for such an unpleasant barrage of questions to be followed by anything but a provocative and devastating decision. After yesterday’s oral argument, feminists and advocates for workers’ rights will just have to keep their fingers crossed.

Chris Cassidy is a progressive lawyer, writer and communications professional in Washington, D.C.