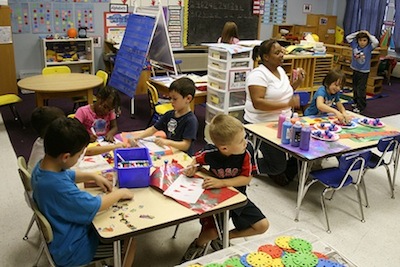 I was 5 years old when I first had that sensation that comes from your gut when you know something isn’t right. Not a feeling of danger, but of righteous anger at injustice. It comes from deep inside, where instinct resides.

There I was, in my mud-stained jeans and forever-disheveled hair, playing in the kindergarten kitchen, when a boy (who shall remain nameless despite being forever etched into my memory) sat down at the small dining table and asked, “Where’s my dinner?” The feeling boiled up and, despite  shaking, I took a deep breath, turned to face him and said with what I now know is feminist fortitude: “The food’s in the fridge, make it yourself!” Click!

My teacher had to excuse herself to burst out in laughter, but for me it was not a laughing matter. Why did boys expect girls to wait on them? Why were girls supposed to just “know” how to cook and clean? My parents shared household duties and instilled those behaviors in my brother and me. I knew that I could do anything a boy could do, and oftentimes better (I was quite the neighborhood jock). Already, in my young mind, I was confounded by gendered expectations and inequalities that my gut was telling me were simply wrong. How could I know something most of the adults and other children around me did not?

Turns out, it took 20 more years of those moments–and a graduate program in Madrid–before I would find “my people” and the identity I was looking for: feminist. I learned about feminism, Julia Kristeva, Simone de Beauvoir and suffragists–in Spanish! A whole new world opened up for me.

Now, 37 years after the first one, Click! moments just keep coming, in both my career as a women’s studies professor and my life as a parent to a girl and a boy. It’s especially joyful to see clicks occurring for both my metaphorical and biological children. As an educator, I am inspired by the passion of newly “clicked” students, and I am one proud feminist momma when I hear both of my children, not just my girl, tell their less-enlightened peers, “There’s no such thing as girl toys or boy toys; just kid toys.”

Thank you kindergarten!  Memories of that time inspire my critical feminist eye on the world. Maybe all of us could use a healthy regression back to being five, when the “Why?” of everything was at the forefront of our consciousness.