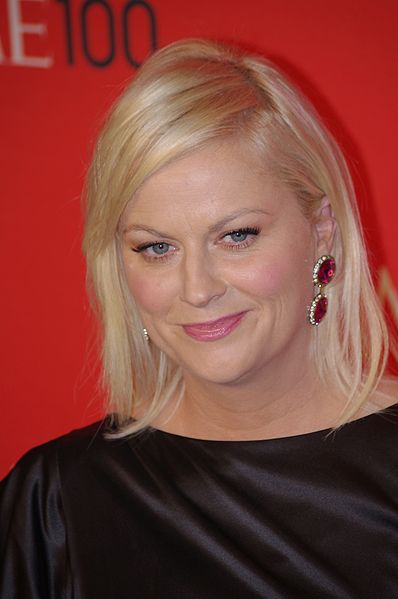 In her speech at the Time 100 Gala, Amy Poehler delighted everyone when she thanked the dedicated women who help take care of her children, allowing her to pursue the career she always wanted. She spoke for all working women “that get to do what you get to do because there are wonderful people helping at home,” saying, “On behalf of every sister and mother and person who stands in your kitchen and helps you love your child, I say thank you–and I celebrate you tonight.” Watch the video at Jezebel.

From The Nation: How the recently-passed Credit Card Accountability, Responsibility and Disclosure Act (CARD Act) will affect women.

It’s safer to give birth in Bosnia than in California: A disturbing new report out of California shows that more pregnant women in the state are dying than before, due to increased obesity rates, more Cesarean sections, older motherhood and limited health-care access. Mother Jones has more on the findings.

Hollerin’ season: Shani Hilton on street harassment and why it’s such a big deal.

U.S. ambassador to the U.N. Susan E. Rice told the U.N. Security Council Thursday that Moammar Qaddafi has reportedly been passing out tablets of Viagra to his front-line troops to help them rape women. As of yet, Human Rights Watch has been unable to confirm such reports.

From Bitch: A look at the gender issues that came up during media coverage of the Royal Wedding on Friday. Kaite Welsh argued that “both professional and amateur commentary had more than a whiff of misogyny.”

Finally, this week over at Angry Black Bitch, the audacity of birtherism led Shark Fu to ponder “one of the biggest oppression myths–that oppressed folks need to make the case to their oppressor that they should not be oppressed.” That President Obama was burdened with proving his citizenship was not unusual, but in fact “it is a privileged expectation contained in almost every bigoted campaign.” Cases in point:

To the person of color attending college–prove that you are smart enough to be here because the assumption is that you are not.

To the new mother returning to work–prove that you can still do the job, because the assumption is that you can’t.

To the LGBT person in the military–prove that your “gayness” isn’t going to be an issue, because the assumption is that it will be.

To the Latina driving while brown in Arizona–prove that you are in the country legally, because the assumption is that you are not.

To the disabled person applying for a job–prove thyself over and over again and then once more, because the assumption is that you only got the job through unfair legal protections.

Above: Amy Poehler at the Time 100 Gala from Wikimedia Commons.