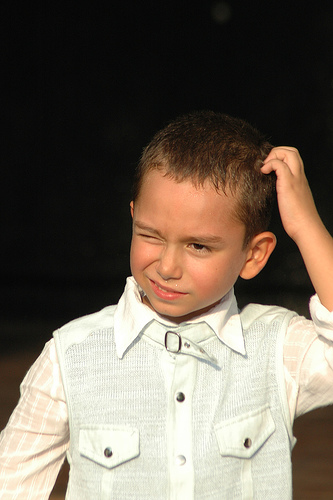 If I were the Houston Press, and I were part of the Village Voice Media chain of newspapers currently under investigation for facilitating sex trafficking through their Backpage.com outlet, making jokes about how hot sex criminals are would not be the first place I’d go for humor.

But I’m not the Houston Press, so that’s probably why the paper’s running a list today called the “Top 10 Hottest Women On The Texas Sex Offenders List.” I’m not linking to it. You can Google it if you want. Or find it on Digg, where its “thumbs up” rating is on the rise.

However, we still need to talk about why this is so thoroughly terrible. List compiler Richard Connelly, who will no doubt be adding this piece to the tip-top of his portfolio, prefaces the list:

We combed through 15 of the biggest counties in Texas and came up with the 10 hottest women in the database. Warning: In some cases, we picked out the best of a series of mugshots. Alternative choices were starkly different. So click on each link before you send any marriage proposals.

You’re probably thinking the same thing I am: Stay classy, Houston Press. But here are some things that I am also thinking:

To be fair, this kind of thing is not exactly out of character for Village Voice, which has already demonstrated its unwillingness to objectively engage with issues surrounding sex crimes, because hey, bad for business, y’all. So, why stop here? Maybe tomorrow they’ll run a 10 most handsome pedophiles list. After all, 44 percent of sexual assault and rape victims are under the age of 18, so the paper will have plenty to gleefully choose from.

UPDATE: Realizing that “a lot of people riled up,” the Houston Press explains its motivation for the list in their own comments section, thusly:

I can understand how some people might react to this. On the other hand, it’s a way of getting readers to look at the info, maybe get them to realize there are people out there like this and they all don’t look like the obvious stereotypical pervert.

I take this to mean that the Houston Press editors believe link-baiting lists about hot women is the best way to educate people about sex crimes. Obviously the thing that’s been missing from sex crimes coverage all these years is hot sex offenders–in fact, I think with the publishing of this list this morning, we can actually expect sex crimes to stop, because as one commenter on the Press noted, now all the child victims of sex offenders are going to realize that regular-looking people might molest or assault them and thereby avoid being molested or assaulted!

Of course, one could argue that in fact this response is purely backpedaling from an incredulous newsroom that doesn’t want to acknowledge it has seriously fucked up.

One could also argue that, in fact, if the Houston Press was concerned about Texans not understanding that some sex offenders don’t look like the “obvious stereotypical pervert” (whatever that means for a woman, since to my knowledge there is no widely accepted stereotypical image of a female sex offender in American culture), then the Houston Press could have dedicated its resources to producing an in-depth investigative feature telling the compelling story of an otherwise innocuous- looking sex offender, a story that delved into facts about victims, prevention and statistics. That might be a really good way to “get them to realize there are people out there like this and they all don’t look like the obvious stereotypical pervert,” as opposed to, say, a link-baiting list that says some sex offenders are hot, but don’t marry them because they’re also a little ugly.

Yes, I think one could argue these things.

UPDATE UPDATE: Richard Connelly at the Houston Press apologized and tried to explain his reasoning tonight in a blog post. He writes, in part:

Glamorizing or trivializing child rape? It did not cross my mind that I was doing that. It should have, it now seems clear.

That was never the intent. I hope that would be obvious, but it seems not.

No one ever likes apologies to ‘anyone who was offended’ because they seem half-hearted. I can only say the intention was to shock (in what I hoped would be a positive way) and not to offend. To a lot of people, I failed miserably. I can understand that, and I apologize to them.

To be honest, I do think this is a little half-assed. It has the ring of, “If you guys just had a better sense of humor, like mine, you’d have understood the joke from the beginning.” But I’ll take it, because you know, little victories.