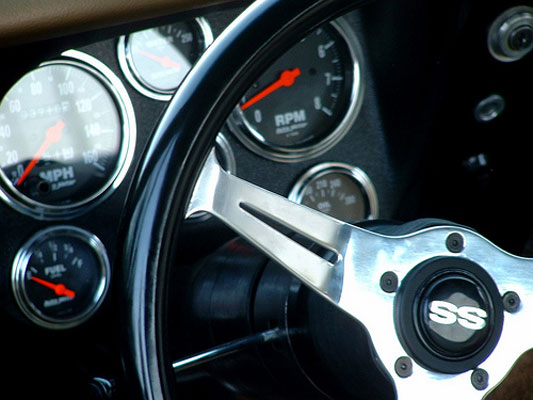 Since 1979, women have not been allowed to drive in Saudi Arabia. Manal Al-Sharif–who learned to drive in the U.S.–is fed up with the rule. So she posted a video on YouTube explaining why protesting women will start driving in Saudi Arabia beginning on June 17, and who the organizers of the “I Will Drive My Own Car” campaign are. Then she posted another video, this time of herself driving and speaking to Wajeha Al-Huwaider–who  also had uploaded a video of herself driving, on International Women’s Day in 2008–about why this issue is important to her.

By May 22, she had been arrested, twice. She was first held for six hours by religious and traffic police and only released after signing an agreement that she will not drive again. Later, she was arrested from her home at 3 a.m. and has not been released. According to the Saudi news organization Sabq, Al-Sharif will be held for five days on charges of driving and inciting other women to drive.

Saudis are outraged. On Twitter, #Women2Drive is aflame. Other Saudi women who plan to start driving on June 17 have started another hash tag, #FreeManal and a Facebook page advocating her release, We Are Supporting Manal AlSharif. A petition signed by more than 600 thinkers, lawyers and activists has already been addressed to King Abdullah. Even people who had taken little interest earlier and those who opposed women’s driving, are speaking out against the arrest.

Saudi women are calling on the Western press to take up Al-Sharif’s cause. For example a woman who goes by the Twitter nickname AtharyF wrote: “@Oprah dear oprah, read about #woman2drive #FreeManal it’s a live case and we need your help.” Hundreds of news stories had been published about her arrest even before she was taken from her home on the night of her arrest.

In addition to spreading the news, Saudi women are using Twitter to disseminate religious scholars’ stands on whether women’s driving is permissible in Islam. For example, Ahmed bin Abd Al-Azeez bin Baaz, a Saudi mufti interviewed on Al-Arabiyya, said that there are different opinions on women driving because the prohibition is not in the Qur’an or the prophet Muhammad’s teachings. The prohibition is also not against the act of driving itself, but rather against possible consequences of driving. He said that he has been calling for giving women their rights according to Islamic law. “I do not call on women to drive,” he said, “but rather I respect a woman’s right to drive if she wishes to do so.”

Another religious scholar, Muhsin Al-Awaji, said on television that his own daughters drive when his family goes on trips to the desert or to their farm. He said that other religious scholars have allowed women to sit in their cars alone with their male chauffeurs, whereas women are not allowed in other contexts to be alone with men to whom they are not related.

Besides Al-Huwaider’s drive, in 2006, the king of Saudi Arabia himself acknowledged that women regularly drive in rural areas. Even earlier, in 1990, Saudi women demonstrated by driving their cars from a Safeway parking lot–but they were arrested, fired from their jobs and harassed. Following that demonstration, an announcement was made on the national news declaring that all women are prohibited from driving in Saudi Arabia, although this was not written into law.

Following the arrest of Al-Sharif, many other women have now uploaded videos of themselves driving in Saudi Arabia. Najla Hariri was interviewed on Rotana Khaleejiyya, since she herself drove her car when she needed to run an errand and her chauffeur was not available. Hariri expressed her support for the Women2Drive campaign, saying that it is not a challenge directed at the government or society but rather a matter of necessity.

On the same show, Khuloud Al-Fahad, a blogger and a friend of Manal Al-Sharif, was interviewed from the police station where Al-Sharif was thought to be held. Fahad said that Ms. Al-Sharif had not broken the law because the prohibition on driving is not a law. This point has been stressed repeatedly on other platforms, and in other interviews with Saudi women.

Men have been as outspoken as the women in advocating for women’s right to drive. For example, Mohammed Alzamil (@buzamel) wrote on Twitter, “When the driver is trusted but not the sister or the daughter, this is a phobia of women.” He is referring to male chauffeurs hired to drive women and the reasoning that a woman should not drive because this might lead her to temptation.

Prophet Muhammad’s wife Aisha led an army on camel-back yet in #Saudi today a woman was arrested for driving.

Up till now, the Saudi government did not limit access to popular social networking sites, which means that content on these sites was available to Internet users in Saudi Arabia, even if the government did not approve of it. After Al-Sharif’s arrest, however, the Facebook page of the “I Will Drive My Own Car” campaign has been blocked. But a new one quickly was put up, “I will drive my car in My country.”

You can show your support for Saudi women driving by signing this petition: