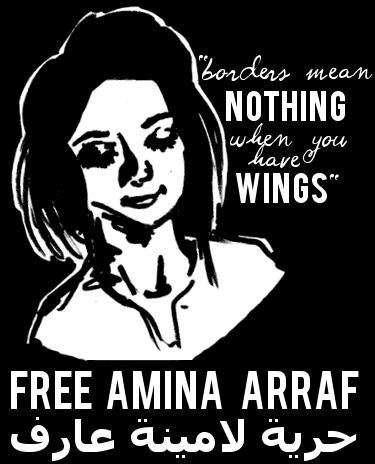 This week the blogosphere was shocked when it was revealed that the popular American-born Syrian lesbian blogger Amina Abdullah Araf, the voice of the widely read blog “A Gay Girl in Damascus,” who was purportedly abducted last week by three armed men, was actually the fictional online persona of Tom MacMaster, a 40-year-old, white U.S.-born man attending graduate school in Scotland. And then, days later, it came out that Paula Brooks, a deaf lesbian mother of three who co-founded the news site “Lez Get Real,” is actually, you guessed it, a straight, married white man. On the revelations, Colorlines’ Akiba Solomon opines that “white male bloggers want everything but the burden of oppression.”

In the world of real lesbians (and gay men), The New York Times reports on the work of the Gay and Lesbian Victory Fund, which gives aspiring out politicians a crash course in campaign strategy.

Speaking of gay political candidates, Rick Santorum is not one of them, but he wants you to know he has gay friends, who apparently don’t mind being friends with a guy who says stuff like this:

In every society, the definition of marriage has not ever to my knowledge included homosexuality. That’s not to pick on homosexuality. It’s not, you know, man on child, man on dog, or whatever the case may be.

“When you have an unjust law, sometimes it needs to be broken before it can be changed.” NPR reported this week on four women who were ordained into the Catholic priesthood by the organization Roman Catholic Womenpriests in violation of Church law. Those in attendance risked excommunication for even witnessing the ceremony.

In other progressive religious news, Religion Dispatches reports that according to a new survey, members of every religious affiliation except white evangelical Christians identify as pro-choice. The editors write:

The misnamed ‘values voter,’ a mythical beast whose voting values consisted primarily of opposition to legal abortion and marriage equality, is in a state of major decline.

Lastly, via Racialicious, something to cheer about–Australian Minister for Finance and Deregulation Penny Wong stands up to a male colleague who apparently forgot that he was in a Senate hearing and not in a 1950’s schoolyard: