Hermione Granger and the Fight for Equal Rights - Ms. Magazine
Skip to content 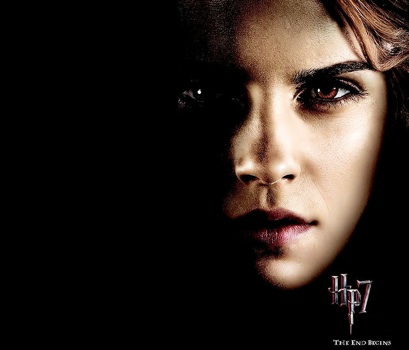 Well, that’s it. I just came home from my last-ever midnight Harry Potter showing. And as I sit here in my shock that it all has ended, one of the many things I’ve been mulling over is how much love and respect I’ve always had for Hermione Granger, the leading female hero of the series. She’s always been the character for whom I’ve nurtured a soft spot–I dressed up as her for Halloween probably five years in a row.

Hermione offers much for a generation of girls to admire, beginning with her unmatched, encyclopedic knowledge of spells, potions and magical history, which is crucial to Harry’s survival throughout the series. She also holds her head high in the face of attacks on her appearance (she catches flak for her frizzy hair and her large teeth) and her stigmatized status as a Muggle-born witch (her peers taunt her with the slur “Mudblood”). Her loyalty and devotion to her best friends keep the golden trio–Harry Potter, Ron Weasley and her–together until the very end. It’s no wonder fans have serenaded her as the “‘Coolest Girl’ in the whole wide world”.

But what I most admire about Hermione is her often-overlooked role as the most prominent social activist in the series. She stands up for people and creatures (from hippogriffs to giants to house-elves) who are not traditionally respected in the wizarding world. J.K. Rowling, an activist herself (all proceeds from her books, Quidditch Through the Ages and Fantastic Beasts and Where to Find Them go to the Comic Relief charity), has created a magical world as fraught with racism, sexism and exclusion as our own. Unlike most of the wizarding world, Hermione sees the people and creatures that have been written out of history and, in true feminist fashion, is determined to write them back in.

As Hermione often points out, magical creatures are underrepresented in magical society and discriminated against in magical law, especially via the devastating rule that “No non-human creature is permitted to carry or use a wand.” Since wands are power in the world of Harry Potter, this law ensures wizards’ spot at the top of the social and legal hierarchy.

At the bottom of this hierarchy are house-elves, whose rights Hermione is most passionate about. House-elves live a Dickensian existence: They wear only tea cozies and are bound by magic to serve a wizard family until they die or are set free. This means not only obeying every order, but keeping the family’s secrets and brutally punishing themselves when they disobey or speak ill of their masters.

In defense of house elves, Hermione forms the radical S.P.E.W., the Society for the Promotion of Elfish Welfare:

Our short-term aims … are to secure house-elves fair wages and working conditions. Our long-term aims include changing the law about non-wand use, and trying to get an elf into the Department for the Regulation and Control of Magical Creatures, because they’re shockingly underrepresented.

Like any activist worth her salt, Hermione understands that in order to change the way that house-elves are treated, she must fight to change their legal status, gain them representation and challenge the narrative the normalizes their servitude. She is outraged that her school’s textbook, Hogwarts, A History, is “not entirely reliable” on the subject of house elves:

A Revised History of Hogwarts would be a more accurate title. Or A Highly Biased and Selective History of Hogwarts Which Glosses Over the Nastier Aspects of the School. … Not once, in over a thousand pages, does Hogwarts, A History mention that we are all colluding in the oppression of a hundred slaves!

Hermione’s biggest challenge is the population she is trying to “save”: House-elves tend to see their role of complete submission as an honor and a duty. They consider her determination to free them as embarrassing and insulting. In an interview, J.K. Rowling explains that she purposely cast Hermione as out-of-step with house elves, to highlight a common complication for activists:

[Hermione] blunders towards the very people she’s trying to help. She offends them. She thinks it’s so easy. [She realizes that as an activist] you don’t have quite as much power as you think you might have. … Then you learn that it’s hard work to change things and that it doesn’t happen overnight. Hermione thinks she’s going to lead them to glorious rebellion in one afternoon and then finds out the reality is very different.

Hermione’s conflict will be a familiar one to Western feminists: We’ve had to learn that what we think best for women in another culture may just be based on our own biases and our own cultural limitations (consider the current burqa ban in France). What remains is a debate: Are house-elves, in fact, happy in their servitude? Certainly, other major characters–including Ron and Harry–repeatedly tell Hermione that house-elves enjoy being enslaved and that she shouldn’t bother to change the way things are.

I believe that the house elves are not “naturally” happy to serve, but reacting to centuries of conditioning. Ostensible opposition to freedom from the oppressed appears in our own history quite a lot. One reason for that may be Stockholm Syndrome; another is intense pressure on the oppressed to reassure their oppressors that they are happy with their lot. Take the frightening argument made by white masters (and many racists today) that black people were better off as slaves. Hermione’s fight, and ours, comes up against the myth of “happy servitude.”

But in true Hermione fashion, she fights through the opposition and belittling. J.K. Rowling reveals in an interview that an adult Hermione will be victorious in her quest:

Hermione began her post-Hogwarts career at the Department for the Regulation and Control of Magical Creatures where she was instrumental in greatly improving life for house elves and their ilk.

I imagine Hermione publishing a book akin to White Like Me that brings wizard and witch privileges to the forefront (Witch Like Me, perhaps?), starting the discussion in the wizarding world about magical privilege. After all, Hermione understands better than anyone that, as Dumbledore said, “It is important to fight, and fight again, and keep fighting, for only then can evil be kept at bay, though never quite eradicated.”

Now if you’ll excuse me, I’ll be in my room, re-reading my childhood.