Pirates Have Seized the Ship of State - Ms. Magazine
Skip to content 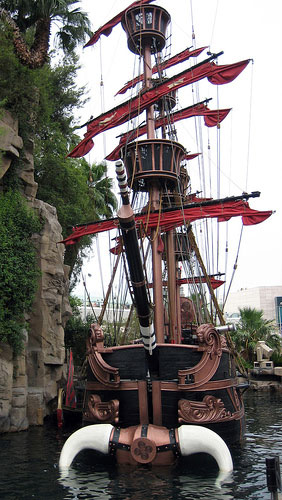 As the debt ceiling negotiations progress, it feels like pirates have boarded the ship of state and are holding us all hostage until their demands are met. They want us to slash and burn the financial underpinnings of the country in the name of their Holy Writ of Deficit Reduction. If we accede to their demands, they’ll sign off on raising the debt ceiling, but not without sabotaging the sputtering growth of our economy and sacrificing the most vulnerable people in the United States.

These G.O.P. pirates, yielding to their Tea Party cronies, are giving us a non-choice: We throw everyone overboard who isn’t traveling in first-class or we all walk the plank of debt default.

After days tied up in internal negotiations, the captives’ leaders (the Democrats) have finally engaged with the enemy and are trying to negotiate a better deal. They’ve offered to throw over a small number of the captives (us) and they wonder if maybe, if there is any chance, even slight, that a portion of the first-class passengers might be asked to contribute a little bit so fewer people would have to plunge into the cold, unforgiving sea.

Our leaders in these hostage negotiations have not exactly been profiles in courage. Hoping to secure modest revenue increases (taxes), they said they would make substantial cuts in vital programs that help the most vulnerable. As per custom, women will be tossed off the deck first–specifically, retired women living on Social Security [PDF]; the over 21 million women on Medicare [PDF] (women were 57 percent of those covered in 1999); low-income women who rely on Medicaid [PDF] for reproductive health care, prenatal care and family planning; and nursing home residents (who are 76 percent women). Then go children: some negotiators upped the ante by tossing overboard women/infant nutrition, prenatal care, food stamps and child care subsidies.

But the pirates aren’t interested in these paltry offerings. They are determined to fly the flag high and deliver their humiliated hostages and all the doubloons to their masters: the first class passengers. They hope that in return the first-class folks will reward them with riches beyond their wildest dreams, in the form of future cushy private-sector jobs. There may not be honor among these thieves, but they do see opportunity for personal gain.

Of course, all leaders will be spared, and the first-class passengers will comfort themselves in the mistaken belief that their suddenly more buoyant and exclusive ship is now safe.

And bobbing in the water among the disenfranchised will be the people who giddily voted to turn the ship over to the pirates, thinking they’d gain entry to the gilded band of brigands. The cold water may cause them to finally realize that they were just the freebooters’ pawns. They too swim in the shark-infested waters with the people they were led to believe were reaping all the benefits of our so-called “socialist” society.

It’s my sincere hope that the pirates do not succeed in their desire to lay our country to waste. To prevent it, you can shout up from the galleys by contacting the President and your member of Congress and urging them to keep our nation’s most vulnerable afloat.

I hope those who were shocked to find themselves among those thrown overboard realize that their interest lay all along with their fellow floaters, not with the pirates who cast them aside. Once we make it to dry land, we can regroup and plan a counter-attack in the next election cycle and beyond.

Unfortunately, unless we take a very sharp turn, a tremendous amount of damage will be done–lives will be destroyed and the credit of the United States may be tarnished in the process, driving up the cost of everything for everyone. Once again, the impact will be greatest on those who can least afford it. 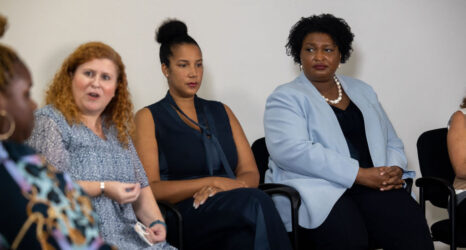 Without Roe v. Wade, Women in My Shoes Could Be Jailed for Their Miscarriage