"Porgy And Bess," Without the Sexism and Racism? - Ms. Magazine
Skip to content 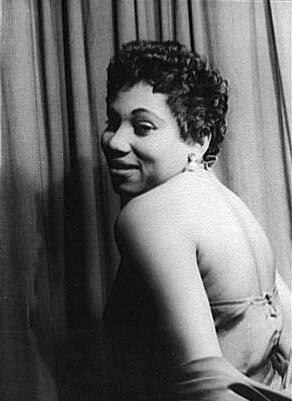 How should artists approach remounting the classics? Should they respect all of the author’s original intentions and stage a version of the show that reflects them perfectly? Or should they attempt to remove the historical residue attached to pieces that, however conscious the authors may have been of trying to do good, inevitably reflects the dated values of their time and place? Usually, directly addressing the negative aspects of otherwise beautiful pieces actually allows what works about them to function even more effectively.

According to The New York Times, African American MacArthur- and Pulitzer Prize-winning playwright Suzan-Lori Parks, author of Topdog/Underdog, is attempting to do just that. Together with director Diane Paulus, artistic director of the American Repertory Theater at Harvard University (A.R.T.), she is revamping Porgy and Bess to make it more accessible to modern audiences. In doing so, they have the chance to rescue it from its imbedded racist and sexist elements.

Porgy and Bess, an American folk opera, is considered by some to be its greatest. Written by DuBose Heyward, with music by George and Ira Gershwin, it tells the story of Porgy’s attempts to rescue his true love, Bess, from from her pimp, Crown, and her drug dealer, Sportin’ Life. First performed in 1935, the opera features an all-black cast (barring a few non-singing roles), a caricatured dialect and a mix of authentic African American music and classic opera. Long criticized as an appropriation and misrepresentation of African American experience by three white men, the show is nonetheless widely recognized as a jewel of the American music canon. Its best aria, “Summertime,” became a jazz standard recorded by Ella Fitzgerald, Miles Davis and the Doors, to name just a few.

In an attempt to overcome the stereotypes and “inaccessibility” of the original, Parks and Paulus have revised the lyrics, created a new backstory and even changed some singing parts to spoken words. Their new interpretation of Gershwin’s classic began previews at the A.R.T. in Cambridge, Mass., on August 17, and will move to Broadway in December.

In addition to possibly rectifying racial wrongs by fleshing out stereotypes and adjusting the dialect, Parks and her collaborators have attempted to strengthen the often-two-dimensional Bess, the central woman character, who is less well-written than the male leads. Bess is “often more of a plot device than a full-blooded character,” explains Audra MacDonald, the actor who plays her in the production (a Broadway star, she’s also known for her work on Private Practice). Addicted to drugs, Bess spends most of the play going back and forth between two men: Crown, who commits murder in the first act, and Porgy, who commits it in the third. Throughout, Bess lacks agency, moved by her addiction or the men around her rather than her own thoughts and desires.

At the end of the original opera, Bess, driven by her addiction, leaves Porgy for Sportin’ Life. In the new adaptation (as it really should be called), Bess chooses to stay with Porgy. Critics have charged that the change needlessly creates a “happy ending,” but this could be one way that Paulus and her collaborators have tried to address the issue of Bess’s agency. Having her choose to stay with the man she truly loves rather than live as a slave to her drug problem could read as the story of a woman who can change her own life for the better–or it could read as another instance of Bess making a decision based primarily on a man. Only the live performance, made up of the Gershwins’ music, Parks’ word choices, the characterization of MacDonald and the direction of Paulus, can tell.

Like all Porgy and Bess reboots, this production has provoked a combination of praise and indignation. In response to the original New York Times piece about the collaboration, composer and lyricist Stephen Sondheim (possibly the most authoritative living voice in American musical theater) railed vehemently in the Times’ ArtsBeat blog against messing with what he regards as the Gershwins’ and Heyward’s masterpiece.

[Porgy and Bess] is a story of “black life” penned by a white Southerner, scored by a New York Jewish composer, written in dialect (cartoonish, by today’s standards) and containing strong whiffs of well-intentioned paternalism, tourism and exoticism. This isn’t much discussed by the Times or Sondheim, but it might help explain the apologetic posture Paulus and her collaborators strike on Porgy’s behalf. …

By attacking the alleged thinness of the story and characters—by attempting to transform “archetypes” into “full-blooded characters”—they’re really promising to bring humanity to characters many feel were originally denied it, not by conspiracy or malice but by the de facto limitations of the show’s original authors, white men writing in 1935.

I, for one, can’t wait to see what this team of powerful women has created.

Nina Simone performs one of the most well-known Porgy and Bess songs in her brilliant, inimitable style.

Photo of Leontyne Price as Bess in the 1950s cast. Photo by Carl Van Vechten from Wikimedia Commons.