Women's Equality Day: What the Heck Do I Tell My Daughter? - Ms. Magazine
Skip to content 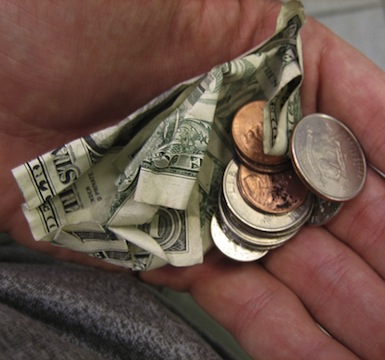 Today is Women’s Equality Day. At the center of my mind today is:

What the heck do I tell my daughter?

How do I tell my daughter about the fact that despite many gains made for women’s (and mothers’) equality, women still don’t earn equal pay for equal work? Women now make, on average, only 77 cents [PDF] for every dollar that men make for full-time work.

How do I tell my daughter that there’s rampant hiring and pay discrimination against mothers? While overall women make 77 cents to every man’s dollar, women without children make 90 cents to a man’s dollar, mothers make 73 cents and single mothers make only 60 cents to a man’s dollar. Women of color experience increased wage hits on top of this. Further, studies have found that with EQUAL resumes, women with children are up to 100 percent less likely to be hired than women without children. When moms are offered positions, on average, they are offered starting salaries that are $11,000 less than those offered to non-mothers.

Not equal. These stats keep me up at night, particularly given that 81 percent of American women become mothers by the time they are 44 years old.

What do I tell my daughter about the fact that women don’t yet have equal representation in Congress? Women are 50.7 percent of our population, yet women comprise only 17 percent of Congress. This low representation of women in our national legislature ranks us 70th of all nations, behind Turkmenistan, Croatia and China. Our nation is missing out. The Harvard Business Review recently reported, “If a group includes more women, its collective intelligence rises.”

And how do I tell my daughter that instead of rising, the very small number of women CEOs is falling, despite the fact that women are now 50 percent of the labor force for the first time in history. There were 15 women CEOs in the Fortune 500 last year, and now there are only 12 women CEOs in the Fortune 500 companies. That’s 12 women CEOs out of 500. Not good. This drop is despite the fact that a 19-year Pepperdine University survey of Fortune 500 companies showed that those with the best record of promoting women outperformed the competition by anywhere from 41 percent to 116 percent.

Not equal in the business sector yet either, which is deeply troubling because our economy needs every bit of entrepreneurship possible, and disproportionately leaving out women hampers our nation’s success.

There’s certainly not much in the way of news to celebrate on Women’s Equality Day.

So, what the heck DO I tell my daughter?

Then it hit me. I know what to say: I’m telling my daughter that I’m fighting for her and for all the daughters in our nation on Women’s Equality Day.

And one of the ways I’m fighting is by pushing for policies that promote family economic security, which have been shown to reduce the wage gaps, while also helping businesses and taxpayers save money in the long run — policies like paid family leave, access to early learning, sick days, health care, and more. I’m fighting by advocating for policies like the Paycheck Fairness Act and the Healthy Families Act,

I’m fighting for every girl and boy to have equal opportunities to thrive.

And as I fight, I’ll be telling my daughter that I’m not alone, and that I’m joining this fight with the more than a million members of MomsRising.org, as well as with over a hundred aligned organizations. And, I’ll tell her that I’m also joining this fight with the voices of women, daughters, and mothers across the nation who are speaking out on Women’s Equality Day in a #HERvotes Blog Carnival to assert that they are joining together to combat extremist attacks against women’s health and economic security. You can read more here.

For Women’s Equality Day, I’m telling my daughter to fight.

Kristin Rowe-Finkbeiner is the author of Keep Marching and Executive Director and CEO of MomsRising—an on-the-ground and online grassroots organization of more than a million people who are working to increase family economic security, decrease discrimination against women and moms and build a nation where businesses and families can thrive.