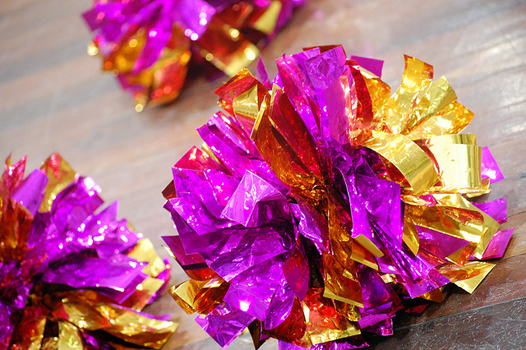 The Texas cheerleader who sued her high school for forcing her to cheer for her rapist will not have to pay the school’s entire $35,000 in legal fees, according to a decision yesterday from the 5th U.S. Circuit Court of Appeals.  This decision overturns a lower court ruling that deemed the case “frivolous” and required the family to pay the school’s legal bills.

Hillaire’s case drew attention last year when the nation learned that Silsbee High School had kicked her off the squad for refusing to cheer for Rakheem Bolton, a man who would later plead guilty to assaulting her. (I have reported extensively on the case for the Ms. Blog–see here, here and here). The family’s unsuccessful lawsuit against the school for violating Hillaire’s First Amendment free speech rights ended when the Supreme Court refused to hear the case last May.

A Change.org campaign garnered more than 140,000 signatures in protest of Hillaire being required to pay the school’s legal fees. Activists have raised some money to cover the legal fees and started a campaign encouraging people to mail pennies to the Silsbee school district.

According to the family’s attorney, Larry Watts, this was only a partial victory.

I initially thought it was a major victory that the court said that it was arguable that HS had a First Amendment Right to remain silent, but there were four issues in the case, and they fouled my client on three of four points.

The four constitutional issues in question are:

The appeals court ruling still finds the equal protection and two due process concerns to be “frivolous,” which means Hillaire and her family have to pay fees associated with those aspects of the case. The school district will recalculate the costs.

According to Watts,“The court ruled in HS’s favor for the one issue that America paid a lot of attention to and got very upset about. But they upheld the ruling that the other three claims were frivolous.”

If Watts is right, then public attention to and action around this case successfully influenced the courts to rule in a just manner, and sustained attention to the case is needed. Watts plans to appeal.

“On a personal level, we lost every single battle. Every single one,” Hillaire’s father Craig expressed the family’s dissappointment, “On a public note, we won some battles, but it’s a bittersweet victory because it makes it better for victims in the future, but it cost your loved ones in the process.”

In other news related to this case, Silsbee Bee editor Gerry Dickert resigned in July to take a new position with at Lamar State College. Dickert drew criticism for his coverage of the Silsbee rape case, although it’s unclear whether this played a role in his decision to leave the paper.