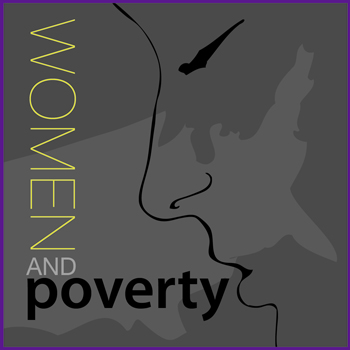 According to a National Women’s Law Center analysis of the census data, the poverty rate for women grew from 13.9 percent in 2009 to 14.5 percent in 2010. It’s even higher for women of color: One in 4 black and Latina women lived in poverty in 2010.

Compounding the poverty problem is a lack of health-care coverage. NWLC reported that almost 1 in 5 women under 65 years old does not have health insurance—the highest proportion of uninsured women in more than a decade. NWLC Vice President of Health and Reproductive Rights Judy Waxman commented:

These grim numbers underscore how critical it is for all women and their families to have access to meaningful and affordable health care, regardless of where or whether they work. Congress should not consider any cuts to Medicaid.

To top it off, the mainstream media coverage of the Census numbers neglected how poverty was affecting women, according to Leslie Bennetts’ article in The Daily Beast.

The Ms. infographic below breaks down a few of the starkest statistics. Click to view PDF: 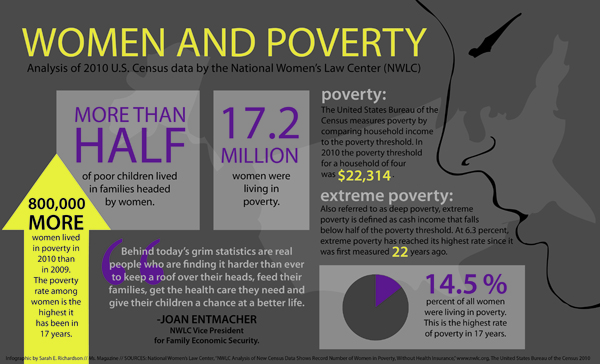