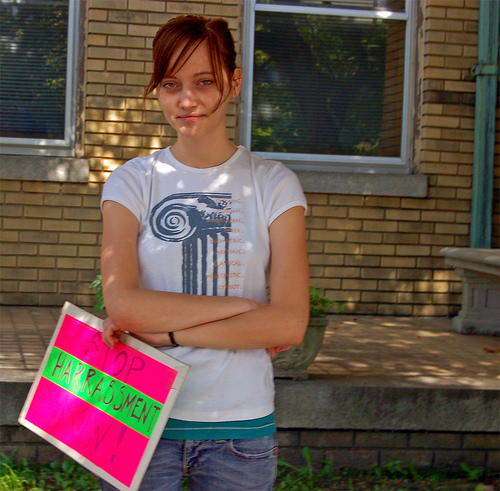 The Virginia Board of Health voted on Thursday, September 15, to approve strict new regulations on abortion clinics. According to the Associated Press, during a 90-minute public comment period, two-thirds of those present argued against the regulations–yet only one of the board’s 13 voting members opposed the rules. After all of his amendments attempting to relax the regulations were rejected, James Edmondson, Jr. voted no. Afterwards, Edmondson told reporters he believes the goal of the new “TRAP” (Targeted Regulation of Abortion Providers) laws is to restrict access to abortion. If approved by Governor Robert F. McDonnell, who is anti-abortion, the regulations will go into effect January 1.

As previously reported by Ms., the new rules are the result of an emergency law passed by the Virginia State Assembly in February directing the Board of Health to regulate Virginia’s 22 first-trimester abortion clinics as if they are hospitals. The regulations don’t effect other outpatient clinics–just any that provide five or more first-trimester abortions a month.

The regulations on which these new ones are based were intended for new hospitals, not existing clinics. They include such stipulations as five-foot-wide hallways, sinks with hands-free faucets, 250-square-foot operating rooms and exam rooms with” a clear floor area of 80 feet.” And though proponents claim to be “protecting” women’s health, no evidence exists that the clinics as they function now are unsafe.

Elizabeth Nash, a public policy analyst with the Guttmacher Institute, and Tarina Keene, executive director of NARAL Pro-Choice Virginia, have called the regulations the most onerous in the nation. Laura Meyers, chief executive officer of the Planned Parenthood clinic in Falls Church, told The Washington Post that the clinic there will probably not be able to comply with the new regulations because they rent their space and cannot remodel. Given that most first-trimester abortions involve medication and not surgery, she added, “Why would a wider hallway have anything to do with taking a pill?”

The regulations will likely shut down most or all of Virginia’s 22 clinics, not one of which currently meets the new guidelines. As with many of the new state level abortion laws designed to regulate clinics out of existence, those most effected will be low-income women who rely on these clinics for basic health services such as cancer screening and STI testing. The Virginia Coalition to Protect Women’s Health is organizing a rally for October 15 in Richmond to pressure Governor McDonnell not to approve the regulations: Click here to get involved.

Picture of woman standing in front of the Richmond Women’s Medical Center, opposite a gang of abortion protesters from Flickr user Taberandrew under Creative Commons 2.0.

The U.S. Is Failing Women and Girls at the U.S-Mexico Border
Why Marie Kondo Failed to Spark Permanent Joy
Now Is the Time for Asian American Women Like Me to Break the Taboo on Intimate Partner Violence