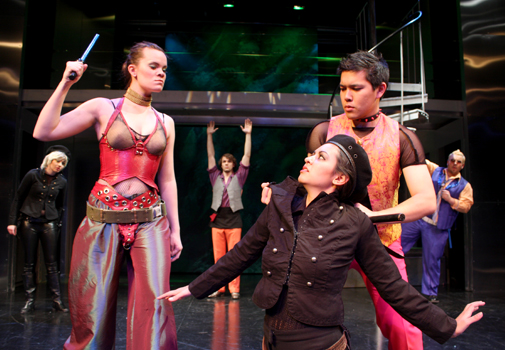 I am gendered, just not in all the ways you might think. Whatever part of my brain makes me like makeup and sparkly jewelry isn’t going away any more than is my tendency to argue, solve problems and boss people around. I have no problem emphasizing different aspects of my sometimes feminine, sometimes masculine gender when the occasion calls for it and when I feel like it. I also do not experience much cognitive dissonance when I see other people do the same. My husband’s love of cooking amazes me only because of how much I hate cooking, not because he’s a man.

I believe I have theater to thank for this. As both a consumer and producer of theater, I have learned to see character not as an immutable constant but rather as a complex and constantly shifting combination of biology, neurology, sociology, anthropology and choice.

As a student director, I began casting women to play roles written for men in order to make up for the lack of roles for women. I quickly became interested in the increased storytelling possibilities created by this destabilization of identity, and I began to experiment with what I could say about the nature of gender by treating it as a performance. To this day, whenever I direct I use some cross-sex casting. Sometimes I change the sex of the character to match the sex of the actor by adjusting pronouns and costuming according to the actor’s body. Because parts for men are usually written with traditional ideas of “manhood” in mind, this usually results in the creation of a “masculine” female character: an identifiably biological woman who nevertheless speaks and acts like a man. Sometimes I do not change the sex of the character but rather have the actor actually pretend to be a member of the opposite sex–to play the part in drag. In that case, the audience, aware of the pretense, is reminded that all of the performances they’re watching are pretend–in a sense everyone is in drag–and is thereby enabled to ask, What else about these characters is not “natural” but rather a construction of the writing and/or performance? And if writing and/or performance are reflections of the cultures out of which they arise, what else in culture is constructed?

More recently, I have added sexual orientation to the mix and democratized the process by asking the actors to determine themselves whether their characters are female or male, feminine or masculine, homosexual or heterosexual or some combination of the above. Whether the choices ultimately highlight or subvert the author’s original intentions, the act of choosing and performing creates possibility.

You might think this would be confusing, but it turns out that it’s a great way to get the audience to engage on a deeper imaginative level. I have had audience members tell me that they mentally assigned a variety of sexes, genders and sexualities to the same character in the course of the same performance. Fewer people than you’d suspect are bothered by the idea that a character could be one thing in one scene and another in the next. For many, this is more like their experience of the world.

What I’ve discovered is this: For audiences, seeing stories in which kings and CEOs are women helps people imagine a world in which women can hold positions of political and economic power. Likewise, seeing stories in which men are caretakers, homemakers, shoppers and cooks helps people imagine a world in which that can be true as well. And the more you mix it up in the same show–put a woman in a typically masculine role and a man in a typically feminine one in the same play in which another woman plays a very feminine character and another man a masculine one–the more you reinforce the fact that, in real life, real people play all kinds of roles too.

For performers, pretending to be someone else reveals that, to a certain extent, everyone has the power to be whomever they want regardless of social expectations. Many aspects of identity can be chosen and shaped: In a sense, we are the playwrights of our own lives. Pretending to be someone else also reveals the ways people are inherently different from one another, sometimes in unchangeable ways. Through literally embodying the other, performers learn to recognize and respect those differences. Further, crafting a performance based on an actor’s differences from the character (rather than the similarities) gets performers to think about the ways character itself–including sex, sexuality and gender–is a complex product of hormones, genes, neurology, socialization, culture and choice.

The possibilities for application of this practice are endless. Anyone else remember having to read plays aloud as part of high school English class? What if, in that setting, boys read some of the girls’ parts and girls read some of the boys’? What if we provided reading material to young people in which none of the characters are sexed or gendered, asked them to determine those things themselves, and then questioned the assumptions on which they based their decisions? What if we each spent a week consciously trying to be more masculine or more feminine than we usually are? What if we each spent a day disguised as a member of the opposite sex? What if, as part of playing “let’s pretend” with our children, we encouraged them to pretend to be a sex or gender that they’re not?

Empathy can only be created when we see the world from another person’s eyes, and outside of the theater world people don’t get enough opportunities to do that. Engaging imaginatively in what it means to be a feminine man or a masculine woman won’t end gender, but it will help us to understand the endless possibilities of it. At least it might blur the gender binary and the idea of a fixed relationship between sex, gender and sexuality.

The Good Men Project and Role/Reboot have collaborated on a special series about the End of Gender. Dozens of bloggers are taking on Hanna Rosin’s ongoing (and recently reignited) “End of Men” argument and what meaning gender has in contemporary society. This collaboration includes bloggers from Good Men Project, Role/Reboot, The Huffington Post, Salon, HyperVocal, Ms. Magazine, YourTango, Psychology Today, Princess Free Zone,The Next Great Generation, and Man-Making. 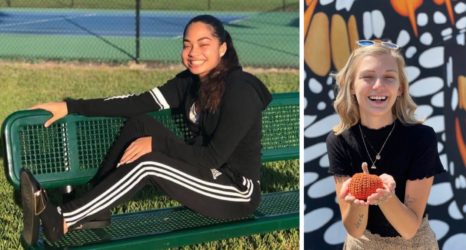 Femicide: The Need To Name Gender-Based Killing of Women in the United States 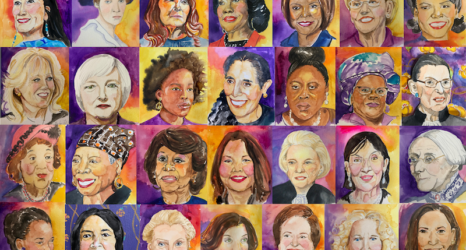 The Most Powerful Women in D.C.; Where are the Women Nobel Laureates? (Weekend Reading on Women’s Representation)

The Most Chilling Women in History You Should Know About
Think Build Back Better Is Expensive? Wait Till You Hear the U.S. Defense Budget.
The Danger of Plea Deals in Sexual Assault Cases