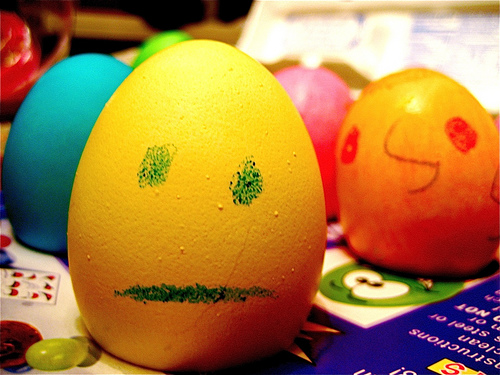 Was it Thomas Jefferson who said “eternal vigilance is the price of freedom” or Mad Eye Moody? Oh that’s right, it was actually a woman–suffragist and anti-lynching crusader Ida B. Wells–though she rarely gets credit for it. I evoke her fightin’ spirit here and beg your patience as I point out a few bits of news of which we should all be aware.

You would think that a resounding defeat at the polls in Mississippi would have at least given the personhood movement pause. Instead, the organizers of the movement there have set up a PAC to educate voters and elect anti-choice candidates. Les Riley, sponsor of the amendment and head of the new group, says they have not ruled out another attempt to amend the Mississippi constitution to make fertilized eggs into people.

Legislators in both chambers in Georgia plan to introduce personhood bills there as well. Dan Becker, president of Right to Life Georgia, says they’ve learned from Mississippi and will be able to avoid its fate by making clear that fetuses will not be required to get passports. Yeah, cause that‘s the problem with personhood.

In San Francisco, a Crisis Pregnancy Center (CPC) is suing for the right to make false and misleading statements to its patients. They want to advertise that they provide abortion services and referrals even though they don’t, and therefore want to block a law scheduled to take effect there next month prohibiting them from doing so. It’s a protected right to assemble, people, not dissemble.

Anti-choice advocates everywhere continue to equate African Americans and Jews with fetuses by claiming that abortion is the equivalent of slavery and the holocaust. A 33-minute movie called 180 showing footage of murdered Jews alongside fully developed fetuses got a big boost from the personhood movement and has received more than 1.5 million hits on YouTube.

Need some good news? Felony charges against Planned Parenthood of Kansas were thrown out last week because state officials had shredded documents necessary to make their case. Planned Parenthood still faces prosecution for 58 misdemeanor counts of failing to test for fetal viability and performing illegal late-term abortions. (Oops, not all good news. Well I tried.)

But seriously. Anti-choice activists are not going to stop trying to take away our right to choose. So I want to know, what can we do to get off the defense and onto offense? How can we not only end this chipping away of the rights guaranteed in Roe but also persuade the electorate as a whole that those rights are in fact inalienable?

I’m open to your ideas. Bring it.