Is Obama Caving to Bishops Out of Misplaced "Gratitude?" - Ms. Magazine
Skip to content 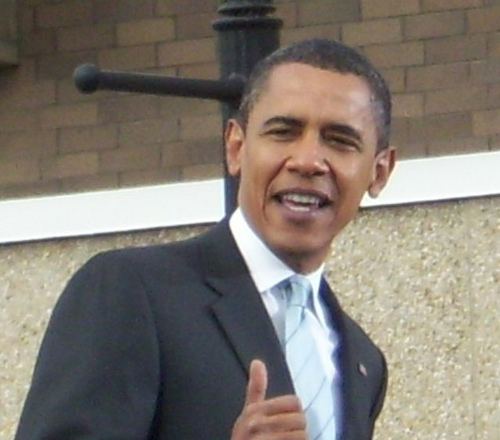 According to an inside scoop from RHReality Check, President Obama is leaning toward bowing to pressure from the U.S. Conference of Catholic Bishops to exempt religiously affiliated organizations from mandatory birth control coverage. This would mean that organizations that aren’t actual churches–such as colleges, universities and hospitals–would get out of covering birth control in insurance plans for their students and employees. (This despite the fact that many, if not most, of those students and employees aren’t Catholic. And that HHS has deemed birth control essential preventive care. And that 77 percent of Catholic women want their birth control covered.)

Jodi Jacobson of RH Reality Check has received an unconfirmed tip that the President is tempted to side with the Bishops out of “gratitude” for their help in passing the Affordable Care Act. Jacobson rightly points out that if the president should be grateful this Thanksgiving to anyone for the passage of health care reform, it’s women:

[G]roups representing many millions of women throughout the country worked tirelessly–exhaustively–for well over a year to support the President’s health reform initiative.  They did this even when women lost benefits in the process, supporting the President and able in the end to point at least to gains in coverage of fundamental preventive care such as birth control without a co-pay as a victory.

However, Sarah Posner of Religion Dispatches reports that, according to her sources, no decision has yet been made.

We’re guessing the decision may announced on Friday–aka “take out the trash day“–in order to avoid blowback from both sides.

Let the White House know what you think while there’s still time: Birth control is preventive care and should be covered with no copay by all insurance plans, including those administered by people of faith.