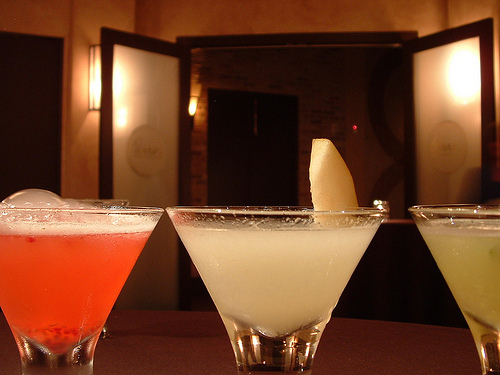 This week offers a feminist smorgasbord: You can Occupy, learn women’s health lobbying tactics, toast Courtney Martin, discuss men and feminism, or take a lesson or two from Lysistrata.

Dakar, Senegal: Sponsored by a who’s who of international family-planning organizations, (including, well, WHO, as well as USAID, UNFPA and the Bill and Melinda Gates Foundation), the second International Conference on Family Planning: Research and Best Practices opened yesterday. Held in Dakar, Senegal, through December 2, the largest meeting of its kind focuses on making birth control available to the 215 million women worldwide who want it but can’t access it.

Seattle: The Radical Women of Washington State are Occupying the capitol all week. Join them today through Saturday for rallies, marches and teach-ins opposing cuts to jobs, services and education; demanding higher taxes on corporations and the rich; and pressuring the federal government to end U.S. wars.

Chicago: Also on Wednesday, Jaclyn Friedman continues her book tour, reading from her road map to sexuality for women, What You Really Really Want, at Women and Children First, the feminist bookstore where you can “shop as independently as you think.”

Wellesley, Mass.: On Thursday, December 1, The Jean Baker Miller Training Institute at the Wellesley Centers for Women will host “Getting to the Truths About Race: Reflections on the Politics of Connection in The Help,” a discussion with journalist Callie Crossley, author Christina Robb and psychologist Maureen Walker on the relationships between white and black women.

Santa Monica, Calif.: Also on Thursday but on another coast, The Santa Monica College Feminist Majority Feminist Leadership Alliance will host a “Men and Feminism” panel discussion to promote and facilitate a robust and productive dialogue on men as feminist activists and allies. Featured panelists include Yashar Ali of The Current Conscience; Pia Guerrero of AdiosBarbie.com; Hugo Schwyzer, professor of gender studies and history; Shira Tarrant, author, professor, and social critic; and the Feminist Majority Foundation’s own Jacqueline Sun.

Bloomington, Ill.: Indiana University’s Department of Theatre & Drama will present Ellen McLaughlin’s Lysistrata, based on Aristophanes’ anti-war Greek comedy in which women end a war by withholding sex. Actor, playwright, and professor McLaughlin will discuss her play and the Lysistrata Project, a peace initiative of coordinated play readings worldwide, at accompanying talks on December 1 and December 2.

Atlanta: On Saturday, join the The Feminist Women’s Health Center‘s daylong workshop to train advocates, held annually before the state legislature convenes. This Saturday’s workshop is geared towards first-time advocates.