Future of Feminism: The Power of Local Journalism - Ms. Magazine
Skip to content 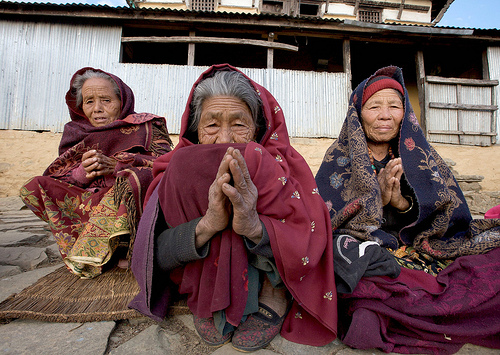 A few days ago, the Global Press Institute, an organization devoted to training women to report on local and regional stories for national and global news outlets, celebrated its sixth birthday, and with it, ushered in what hopes to be a new era of responsible, home-grown journalism. After all, who better to tell the stories and uncover the secrets of cities, towns and villages than women who already live in those communities and who know the people and the culture and the customs?

Founded by Cristi Hegranes, who now serves as the organization’s executive director, GPI recruits and trains women to work as reporters through a rigorous series of workshops and classes. At the end of the approximately four-month training period, these women are offered jobs with the Institute and can choose to work either part- or full-time.  The emphasis at GPI is on sustainability, with its trainees paid a living wage and the organization helping to promote and sell these women’s stories. The central mission of GPI is that journalism can be a “development tool” to “to educate, employ and empower women.”

GPI now boasts 130 reporters who work out of 25 countries, including Brazil, Egypt, India, Romania, Sri Lanka and Uganda. These women write on a diverse body of topics, from art and education to gender justice and politics.

So far, says Hergranes, the response has been overwhelming in every community they’ve approached, with anywhere from dozens to hundreds of women applying for the few spots available in each training session. Once trained, GPI reporters help bring important issues to light at the national and international level. For example, reporter Gertrude Pswarayi won an international award for her piece highlighting the devastation of political rape in Zimbabwe, while Tara Bhattarai’s story on inter-caste discrimination in Nepal helped open a nationwide dialogue that eventually led to new legislation.

“So often people say to me, ‘It’s wonderful that you are helping to give women a voice’,” Hergranes told the Ms. Blog. “But that is not the wonderful part–when we empower women to use their voices, they use their voices on behalf of others. GPI reporters … give words to injustice being suffered, and they breathe hope into potential solutions budding in their communities. They use the craft of journalism to elevate awareness in order to spur change.”

Part Eleven in a Women’s History Month series celebrating organizations and ideas that represent the future of feminism.

Photo of women in a Nepal community from Flickr user DFID under license from Creative Commons 2.0