Future of Feminism: The Hashtag Is Mightier Than the Sword - Ms. Magazine
Skip to content 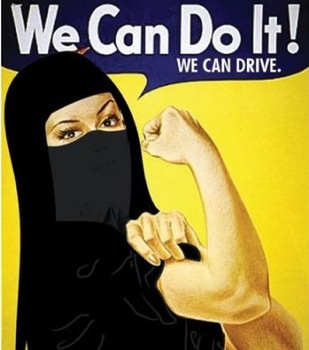 Twenty years ago, feminist activism might have meant writing a letter to your congress(wo)man or picking up a pen to sign a petition. Nowadays it’s much more likely to involve Twitter, Facebook or online petitions, as feminists begin to use social media to effect change.

In a society where communication has never been easier yet time is in ever shorter supply, the immediacy of online activism means feminists can act fast when women’s rights are under threat. With sufficient organizing, feminism can be in everyone’s faces the moment they open their search engine, check out what their friends are up to on Facebook or see who’s mouthing off on Twitter. And when there are as many attacks waged on women’s rights as there have been recently, that’s heartening to know.

Remember the old days when the symbol # just meant a number? Now it’s more likely to signify a serious call to action. The #FlushRushNow campaign on Twitter, galvanized by widespread social media activism, effectively razed Rush Limbaugh’s advertising sponsor list, reminding us that there’s no longer any place for misogyny to hide. The campaign also stimulated some much-needed debate about the Far Right’s war on reproductive rights.

Similarly, the 2010 #MooreandMe Twitter campaign started by Sady Doyle of Tiger Beatdown expressed outrage at the automatic presumption that the women who accused Julian Assange of rape were lying, a belief espoused by Michael Moore and Keith Olbermann. The resulting furor spotlighted a troubling tendency to disbelieve rape victims, and pressure from the online community led to Moore and Olbermann, respectively, retracting and apologizing for their harmful comments.

When it was revealed that the Susan G. Komen Foundation was defunding Planned Parenthood in January 2012, online action was swift and decisive. Online donations to Planned Parenthood rocketed following Komen’s withdrawal, with $400,000 donated in just 24 hours. After 100,000 angry tweets and an avalanche of outrage on Facebook and Tumblr, the Komen foundation reversed its decision, leading commentators to conclude that “social media can change the national conversation with head-snapping speed”.

YouTube may be great for watching cats behave comically, but it has also became the platform for acts of political bravery. In 2011, Saudi activist Manal Al-Sharif filmed herself behind the wheel as a protest against Saudia Arabia’s ban on women drivers and posted the video on YouTube, resulting in her arrest. Al-Sharif’s online protest drew international attention to the repression of Saudi women’s rights, and thousands worldwide expressed support  on Change.org, Facebook and Twitter. The campaign continues and progress can be followed here.

Online petitions have also made methods of protest more accessible and immediate. The work of Change.org (Change’s women’s rights organizer Shelby Knox merits special mention for her tireless campaigning), Care2 and Avaaz have been invaluable in bringing attacks on feminism into the public consciousness. From petitions protesting the GOP’s war on women’s healthcare, to the successful ‘Tell the FBI Rape is Rape” campaign, there’s nothing quite like 150,000+ signatures to ensure women’s voices are heard.

In a world that spends ever more time online, the power of a blog post or a tweet cannot be underestimated, and the Internet couldn’t make it easier or more convenient to get politically active. The revolution may still not be televised, but I’ll be surprised if it doesn’t at least trend on Twitter.

The Future is Ms.: Tennessee Teens Advocate for Abortion Rights in a Red State 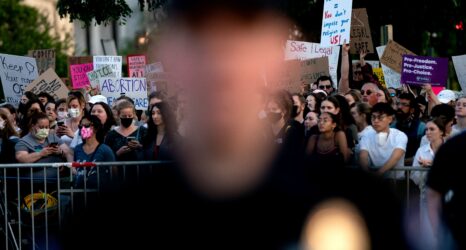 The Prosecutors Pledging Not to Enforce Abortion Bans: ‘Courageous Leadership the Moment Demands’