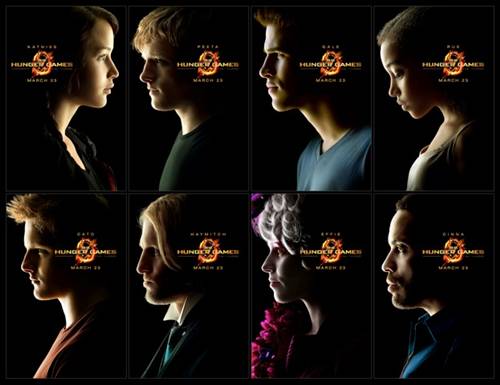 Do I think Jennifer Lawrence is a phenomenal actress? Yes.

Do I delight in her astute, feminist commentary? Yes.

Do I love the fact she rejects the Hollywood pressure to be toothpick-thin and proudly proclaims her love of Philly cheesesteaks? You bet.

But part of me still wishes that an actress of color would have been cast to play The Hunger Games’s Katniss Everdeen.

The book The Hunger Games describes Katniss as having black hair, olive skin and gray eyes–and her coloring holds significance. As blogger Alexiel argues, “The entire metaphor that runs through the book about oppression, hunger, and excess is meaningless if none of the main characters are people of color.”

The novel is set in a bleak dystopian future with extreme economic and political inequality. The wealthy Capitol’s reliance on its exploited “districts” easily reads as a metaphor for many real-world splits: between the 1% and the 99%, between the Global North and the Global South. In Katniss’s world, just as in our own, these schisms fall along racial lines. Katniss’s home of District 12 is divided by race, with the merchant class having “light hair and blue eyes” and the working class having “olive skin.”

Noting this “multi-racial culture” of the book, director Gary Ross promised, “The film will reflect that.” Yet the casting, which problematically only called for Caucasian actors to audition for the role of Katniss, suffered from whitewashing throughout. Not only are most of the main characters played by white actors, so is most of the entire cast, extras and all. A student of mine says she counted a total of 23 people of color in the entire film.

When characters of color do appear, instead of signifying the oppressive correlations between race and class, they often further stereotypes. One of the first images we see of the actual “hunger games”–the contest in which 24 adolescent “tributes” must battle to the death–is a black boy with a bloodied brick, which he has apparently just used to bash in the head of another tribute. One wonders why the first time a black face is featured, it is done so in a way that furthers the narrative that “dark people are dangerous and violent.”

In her post, Alexiel reads the sacrificed children of The Hunger Games as the sweatshop workers and child soldiers of the Global South–most of whom, of course, are of color.

Coupled with a lack of focus on the more political aspects of the book, this leads to a whitewashed, depoliticized film. Is it still worth seeing? Sure. But it could have been, well, meatier. To be fair, the book’s revolutionary aspects are not completely lost, but they simmer rather than boil. The novel’s race analysis is watered down to a weak broth.

Thankfully, the filmmakers stuck to keeping the heroic tributes from District 11, Rue and Thresh, as characters of color (as they are clearly described in the book) by casting Amandla Stenberg and Dayo Okeniyi–as well as Katniss’s stylist, Cinna. And it does make sense, to a certain extent, that most of the Capitol’s citizens, its armed “Peacekeepers” and the relatively well-off tributes from Districts 1 and 2 are played by white actors, especially if one wanted to make a point about white privilege and power. (And, to be fair, many characters in the text are racially ambiguous).

Yet the film doesn’t really make that point–instead, it uses white as the default race, casting not only the rich and powerful characters as white, but almost everyone. Instead of the “multi-racial” film the director promised, we get a film that, like the vast majority of films, depicts the world as predominantly white. As blogger Jill G. notes, there’s no reason Hollywood has to do this:

[Filmmakers] could produce a movie starring a woman of color, make it epic, advertise it in the way it deserves… and make bank. Fact of the matter is they choose not to because… why would they? Having a culture where most of the people depicted in our media are white helps to maintain white as the norm.

More worrisome still are the many racist online reactions to Cinna, Rue and Thresh’s casting–as evidenced by this post at Jezebel.

So, the next time you happen to hear the words “post-racial society” being thrown around in conversation, you might bring up this film and people’s reactions to it. Not only do stories such as Trayvon Martin’s prove we are still a society beset by racism, but so does our entertainment–even in the film adaptation of a book meant to critique injustice and power hierarchies.

‘P-Valley’ and the Black Lives Behind Dobbs v. Jackson Women’s Health Organization
Our Abortion Stories: ‘If He Had Found Out I Was Pregnant, He Would Have Kidnapped Me and the Baby’
We Deserve Diverse Books: ‘The Right Is Wrong’