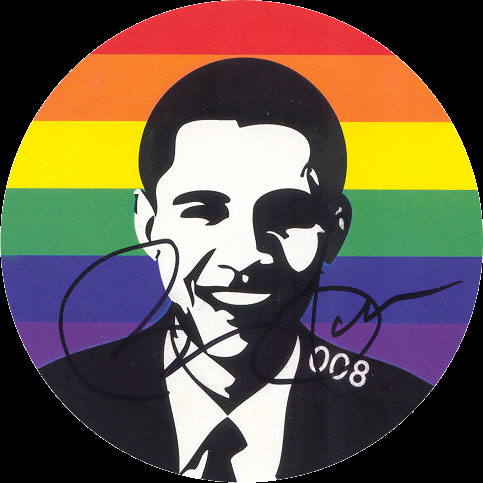 It’s official. After a week of speculation about whether the White House was going to take a strong stand on marriage equality, President Obama has gone on record in support of same-sex marriage rights. After explaining how his views have changed over the years, the President said the words that many of his supporters have been longing to hear:

It is important for me to go ahead and affirm that I think same sex couples should be able to get married.

We’ve come a long way from 1996, when congress passed the Defense of Marriage Act. At that time, Illinois congresswoman Cardiss Collins said that the bill “should really be called the Republican Offense on People who are Different Act because it is nothing more than blatant homophobic gay-bashing.” She continued:

As I walk past the Republican side of the aisle, I expect to hear something similar to an old joke from the civil rights era: ‘Some of my good friends are gay, I just wouldn’t want my son or daughter to marry one.’ 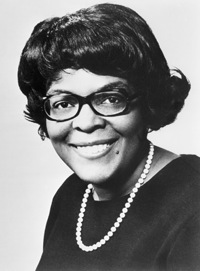 of whites who would claim to have black friends and then clarify just how little that friendship meant: Good enough to mention for political gains, but not full human beings you’d let your offspring marry. As the first black woman to represent a Midwest state, elected in 1973, Collins had no doubt heard this joke in her youth. She connected the dots between racism and homophobia: “My grandmother probably couldn’t envision a time when interracial marriages would be legal in America, but today they are. One kind of discrimination is just as onerous as another and neither should be tolerated.”

Earlier this week Joe Biden made waves by saying that he is:

Commentators parsed his every word to see how it lined up with the “evolving” views of the President and by extension the Democratic party. Then when Secretary of Education Arne Duncan spoke even more emphatically in favor of marriage equality, speculation only intensified about how to interpret his views: one man’s opinion, an orchestrated attempt to curry favor with lesbians and gays or a new direction for the White House.

Back in 1996, members of Congress in the House debate on DOMA felt quite free to call homosexuality “immoral,” “depraved,” “unnatural,” “based on perversion” and “an attack upon God’s principles.” In the Senate, Jesse Helms said that the critics of DOMA were “demanding that homosexuality be considered as just another lifestyle–these are people who seek to force their agenda upon the vast majority of Americans who reject the homosexual lifestyle.”

America as a whole has evolved since then. According to a Gallup poll released this week, almost two-thirds of Democrats and half of all Americans support marriage rights for lesbians and gays. And in spite of the success of marriage bans as ballot initiatives, such as yesterday’s passage in North Carolina of Amendment One, the courts (here, here, here, and here), have found that marriage bans are precisely what Representative Collins said DOMA was back in 1996: a form of discrimination against gays and lesbians. These days, politicians tread carefully when they talk about homosexuality in general. You don’t hear anyone denouncing gays and lesbians as immoral on the campaign trail. Mitt Romney could have a gay campaign spokesperson, but under a Romney administration a gay man couldn’t marry his same-sex partner. Rick Santorum has said he has gay friends, and Sarah Palin famously had at least one.

Now President Obama has shown us what friendship really means. Civil unions, he made clear in his comments today, just aren’t the same thing as marriage. Mr. Biden expressed it best: “What this is all about is a simple proposition,” he said, “Who do you love? And will you be loyal to the person you love?”

Love and loyalty. Two qualities we all seek in our spouses, in our friends—and in our leaders. President Obama has shown true leadership today. For politicians who still want to say “I have gay friends, but” this administration has drawn a new line in the sand. When it comes to equal rights, you can’t have it both ways.  No joke.

TAKE ACTION: Click here to send a note of thanks to President Obama for showing his support for gay marriage.