Saudi Arabia Allows Women in Olympics, But Will Any Qualify? - Ms. Magazine
Skip to content 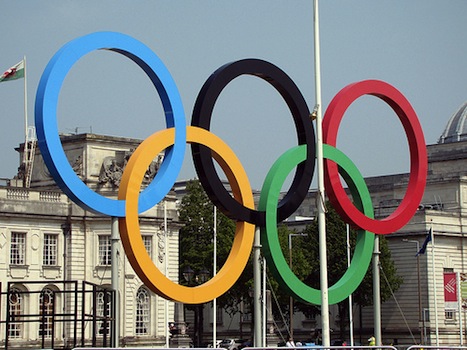 For the first time in the history of the Olympic Games, women from all competing countries will be offered an opportunity to take part in the international event. That’s because the Saudi Arabia government announced yesterday, through its London embassy, that it will permit female athletes to join its team at the 2012 London Games, which begin July 27. Saudi Arabia, which strictly enforces Sunni Islamic law, thus joins two other conservative Muslim countries, Qatar and Brunei in opening the Games to their female citizens; both have previously only entered male athletes.

But there’s a catch.

Official permission to compete, encouraged by criticism from the International Olympic Committee, does not guarantee qualifying for the Games. And that will make it hard for Saudi women athletes, particularly when public sports events for them are banned and both access to facilities and permission to play are rare. In 2009 and 2010, the Saudi Regime went as far as to shut down private women’s gymnasiums, prompting an online campaign against the ban that ran with the slogan: “Let Her Get Fat.” Although the state introduced schooling for girls in the early 1960s, it failed to introduce physical education classes to the girls’ curriculum, with one senior cleric saying girls risked their virginity because they could tear their hymens during schoolyard play.

Athletic potential and consent to compete is negligible when access to the superior facilities and coaching that rival countries offer their top entrants is practically nonexistent. It cannot be easy to picture yourself scoring a perfect 10 in gymnastics when the country you represent earned a zero in the category of “political empowerment” in the 2009 Global Gender Gap Report [PDF].

Saudi Arabia’s most promising potential woman competitor was Dalma Rushdi Malhas, a 20-year-old American-born equestrian who was originally Palestinian but gained Saudi citizenship. She earned a bronze medal as an independently financed competitor during the 2010 Youth Olympics in Singapore and may be the most highly regarded woman athlete in Saudi Arabia. Malhas’ progressive, wealthy parents allowed her to train in Europe.

But on Monday, she failed to qualify for the Games after her Swedish mare suffered an unfortunate back injury and was unable to practice for a month during the qualifying period. Malhas was thus unable to meet the minimum eligibility standard to compete.

During his reign, King Abdullah, the country’s monarch since 2005, has loosened restrictions on women’s civil liberties; for example, he recently announced that he would allow women to vote in municipal elections in 2015. But Saudi Arabian women still live as second-class citizens [PDF]. They are banned from driving and need the permission of their “male guardian” in order to travel, continue their education or open an independent bank account.

Though Saudi officials declared Malhas to be the only realistic competitor, there is room for others to compete, but if successful, they would have to be dressed “to preserve their dignity.”

Does this qualify as a victory for women in Saudi Arabian sports? Not so much, but perhaps it’s a start. Though Malhas achieved a remarkable feat with her athleticism, her progress through the Olympic trials was in no way facilitated by the Saudi Arabian government. Had she grown up in Saudi Arabia, it’s unlikely she would have had an opportunity to train. Really, the government is lucky it can stake a claim to Malhas at all.