We Heart: Men Against Rape - Ms. Magazine
Skip to content 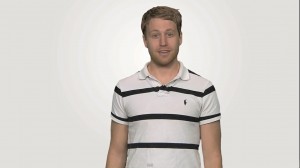 Summertime is bikinis, beer, beach trips and late nights. Everyone is ready to relax, have fun and enjoy the heat.

Women staying out late in foreign places dressed in tight, skimpy clothes with some alcohol in their systems are often warned to be smart and aware of their surroundings. These type of warnings stem from the idea that if women look or act a certain way, they must be asking for it … right?

Victim blaming claims that women’s dress or behavior invites men to rape them. Rather than holding men responsible for the crime they have committed, women are blamed for “putting themselves out there.”

Placing the blame on women provides an excuse for a horrible crime; women should never be accused of enabling sexual assault. While everyone should be careful and aware of their surroundings for safety purposes, there should not be a different concept of social acceptability for women and men.

Although many campaigns work to prevent rape, they usually address women and the ways in which they can protect themselves. But what about the men?

It’s times like these when it’s necessary to be reminded that rape is never the victim’s fault. Last year, a public service announcement from the Florida State University activist group Men Advocating Responsible Conduct (MARC), titled “Don’t Rape Her,” tackled the problem by telling men what to do if a woman drinks too much, wears sexy clothes or says no their advances: “Don’t rape her!”

The PSA provides a refreshing and necessary stance that challenges victim blaming. Check out Men Can Stop Rape Too (MCSR) to find out more about men taking responsibility for rape.