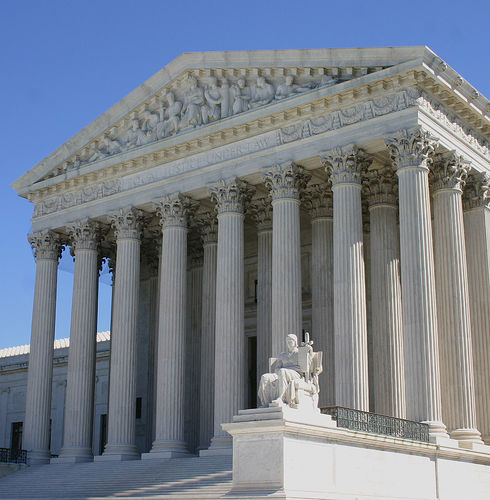 The 8th Circuit Court of Appeals handed anti-choice advocates a major victory on July 24, upholding a provision of a South Dakota law that mandates doctors tell women seeking abortions that the procedure will cause an increased risk of suicide.

The decision marks a turning point in a battle over a bill that started in 2005. Planned Parenthood Minnesota, South Dakota and North Dakota challenged the law, arguing that it violates free speech rights by forcing doctors to tell women information that is not based on reliable research. A district judge blocked the law that year and that decision was affirmed on appeal in 2006. The law was appealed again and this time the panel of judges ruled that “the suicide advisory presents neither an undue burden on abortion rights nor a violation of physicians’ free speech rights.”

“Every reputable researcher and medical organization has determined that there is no sound scientific evidence that shows a cause and effect relationship between abortion and suicide,” said Sarah Stoesz, president and CEO of Planned Parenthood Minnesota in a statement. “This law …  is just one of many reprehensible barriers that South Dakota politicians are determined to impose on women seeking safe and legal health care.”

There is no medically accepted link that abortion causes an increased risk in suicide, but thanks to the Supreme Court’s decision in Carhart v. Gonzales there doesn’t need to be. According to Justice Anthony Kennedy, when there’s a dispute in the science, legislators are free to pick the science they agree with and legislate based on that. And, as we see in South Dakota, that can have devastating consequences.

Women will now be intentionally misled as they seek out abortion services and doctors will be forced to disclose medically misleading information as part of obtaining that woman’s informed consent for the procedure. Now that the suicide-abortion link has been blessed by the 8th Circuit Court of Appeals, we can expect to see copy-cat provisions pop up in other states as well.

If an “informed” decision is to have any meaning at all, that decision has to be based on reliable and accurate medical information, not medical information cribbed to promote an ideological agenda. Attacks on women’s ability to make their own medical choices under the guise of “empowering” them with selective information is as offensive as it is dangerous. And unfortunately in the realm of reproductive rights, it has become the legally-endorsed norm.