Gabby Douglas is Not Her Hair - Ms. Magazine
Skip to content 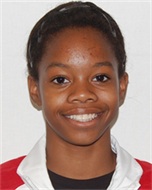 “Are you kidding me? I just made history. And you’re focusing on my hair?” That was 16-year-old Olympic gold medalist Gabby Douglas, bravely echoing singer India.Arie’s anthem, “I Am Not My Hair.”

The criticism of Douglas’ locks on social media sites such as Twitter and on black blogs is typical of the multiple types of censure black girls face—even when they succeed at incredible levels. In the athletic world, Venus and Serena Williams endured similar rebuffs for beaded braids, a look that did not conform to the predominantly white world of women’s tennis. Venus even suffered a point penalty during a match because of runaway beads.

But the hubbub over Douglas’ hair is about more than this one Olympian or about African American women athletes. Throughout U.S. history, black women have faced gendered and racialized pressures on their appearance. Some of that pressure is transferred in the hair practices these women share with daughters and sisters.

The complicated truth is that many black mothers teach their daughters from childhood that they have to look presentable at all times. In the early 1900s, black hair products trailblazer Madam C.J. Walker linked beauty and racial advancement with ads saying, “Look your best … you owe it to your race.” For some girls this means contributing to the $9 billion dollar black hair industry documented in Chris Rock’s Good Hair. It means hours spent at the beauty salon when they are barely old enough to sit still, when wiggling in your chair might cost them a burn on the ear from a flat iron or (in another era) a hot comb. The costs of having a perfectly coiffed head are not limited to “unnatural” styles—cornrow braids sometimes mean enduring headaches when the hair has been pulled too tight.

Commenting on Douglas’ hair, one woman told a Daily Beast reporter, “I wish someone could have helped make it look better since she’s being seen all over the world.” The Washington Post reported that another tweeted, “gabby douglas gotta do something with this hair! these clips and this brown gel residue aint it.” Only other black women would notice that Gabby’s hair had too much gel and that hairpins are likely smoothing over a ponytail extension. It was clear to the celebrities who chimed in to Douglas’ rescue, including Serena Williams and Gabrielle Union, that these critics were holding Douglas to unrealistic standards. Come on. The gymnast is competing at the Olympic level—far away from home and sweating profusely. How could she possibly maintain a sleek look when chemically straightened hair frizzes when your body heats up?

Before blaming black mothers for needlessly putting their daughters through these hair-straightening ordeals, we must understand the importance of a well-kept head: Black girls face additional, oftentimes unfair scrutiny.  In a larger culture that undervalues black beauty, a neat-looking girl might be regarded more fondly by her teacher, or might enjoy a greater chance of landing a job. Consider that in 2009 the conservative blog Free Republic deemed then 11-year-old Malia Obama’s hair twists inappropriate for an official visit to Rome, and who can forget Don Imus infamously referring to the Rutgers women’s basketball team as “nappy-headed hos”?

I once saw a photograph of Coretta Scott King marching for civil rights in the rain with her husband. King, who was always impeccably styled, was wearing what amounted to a clear plastic shower cap on her head. Knowing that the rain would cause her straightened hair to curl up, she pragmatically protected her do. I was stunned that at such an historic moment she was worrying about her hair. But King knew that she represented all black women—a surrogate First Lady long before Michelle Obama came along.

And Douglas is now another first—the first African American woman to win the all-around gymnastics gold. The differences between King and Douglas are, of course, age and context and, fortunately for Team USA Douglas’ priority has not been her hair. Still, in every interview in which she has appeared since winning her medals, not only has Douglas sported her winning smile but has also faced cameras with age-appropriate, well-applied make-up. Like Mary Lou Retton before her, Douglas knows that it’s the spectacular combination of her athletic achievements and her appearance that gets one’s image on a Kellogg’s Corn Flakes box.

Black girls should have the freedom to work and play hard enough to muss their hair. Douglas’ mother had to let her leave home to train to become an Olympic competitor. And for her daughter to achieve her dreams, she also had to allow Douglas to be seen by millions with her hair looking just a little less than perfect.

Let’s hope Gabby Douglas represents a new generation of black girls, not just Olympic champions, but regular girls who dare, as Willow Smith sings, to “whip our hair” and “pay no attention to them haters.”