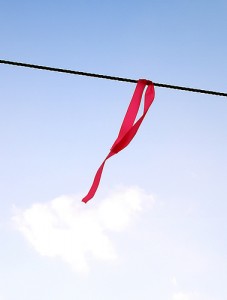 In early 2012, the decision by Susan G. Komen for the Cure to cut ties with Planned Parenthood (and then the semi-reversal of that decision), sent the organization into a frenzied state of damage control. Attendance at Komen events declined, donations dropped and the organization immediately sought advice from a former White House press secretary in the George W. Bush administration, Ari Fleischer, and even hired a consulting firm founded by former Democratic pollsters to assess Komen’s reputation and identify what would be most helpful for restoring credibility.

Komen founder Nancy Brinker “apologized” to the public and to Komen’s affiliates, but her storyline that vague “mistakes were made … we’ve learned a lot … let’s heal and get past this” didn’t ring true to many. Eve Ellis, who served on Komen’s New York affiliate board for six years and raised more than $250,000 for the group, publicly rebuffed Brinker’s apology, saying in an open letter that Brinker needed to take some “truth serum.” From Ellis’s experience, she did not believe Komen’s Planned Parenthood decision was apolitical, and she said the only way she would consider supporting the charity again would be for it to clean house, starting with the resignations of Nancy Brinker and the entire board of directors.

A petition on Change.org reiterated Ellis’s statement and the growing sentiment that Komen’s top leadership needed to go, citing “abuses of the public trust and failures of corporate governance–such as hiring Karen Handel to be vice president of public affairs, knowing that she had run for governor of Georgia on a platform to defund Planned Parenthood, and deceiving the public about the decision-making process that led to the defunding of Planned Parenthood. These failures were attributed to the leadership of Brinker and the board of directors. The petition, which had more than 2,000 signatures by the end of April 2012, not only called for the immediate resignations of Brinker and the board but also recommended a strong process for vetting replacement nominations in order to involve all of Komen’s affiliates.

The managing director of the Komen grants program, Mollie Williams, resigned in protest soon after the board’s initial decision to defund Planned Parenthood. Not long after, five executives from the national headquarters resigned, including the executive vice president and chief marketing officer, the vice president for global networks, the vice president of communications, a director for affiliate strategy and planning and the organization’s chief fundraiser. Komen’s chair of the board also stepped down and Nancy Brinker’s son, Eric Brinker, left his seat on the board.

Despite the shuffling, Nancy Brinker refused to leave her post and the Komen board cited full confidence in her leadership.

But now there’s been a change. Komen President Liz Thompson announced plans to leave in September and Nancy Brinker will leave her role as CEO to serve as chair of the board as soon as her replacement is found. Two other board members are also leaving, Brenda Lauderback and Linda Law. The news comes exactly one week after Komen was criticized once again in a key public forum, this time by M.D.s who called out the organization for exaggerating and distorting medical information in its 2011 advertising campaigns about the benefits of screening mammography. The authors argued that, “Women need much more than marketing slogans about screening: They need–and deserve–the facts.” Yet marketing seems to have been the modus operandi of Komen.

The organization has been criticized for profiting from a disease in the name of its cure, putting corporate and political agendas in the way of patients’ rights and access to quality care and failing to provide accurate and useful health information to improve the lives of those living with, and at risk for, breast cancer. In the meantime, donor funds are siphoned off for branding efforts instead of for the prevention and eradication of disease. If Komen is really cleaning house, the organization would be wise to address these criticisms with transparency and accountability, chart a new direction to avoid these threats to the public good and listen to the people on the ground who are working in their communities to fill gaps in care and make a difference in this epidemic. Bringing affiliates fully into the nomination and selection process would be a good place to start. 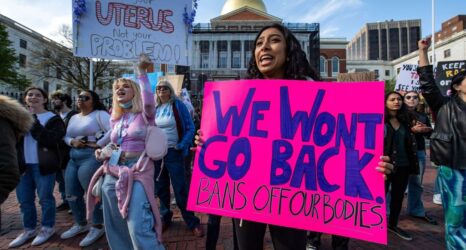 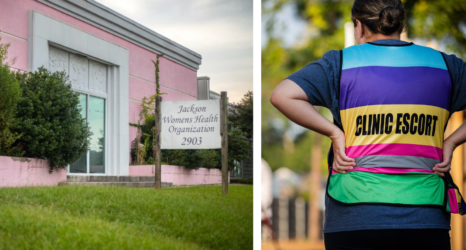 The Anti-Abortion Movement Has a Long History of Terrorism. A Roe Repeal Will Make It Worse.