The Future of Texas Women's Health? For Rick Perry, It's CPCs - Ms. Magazine
Skip to content 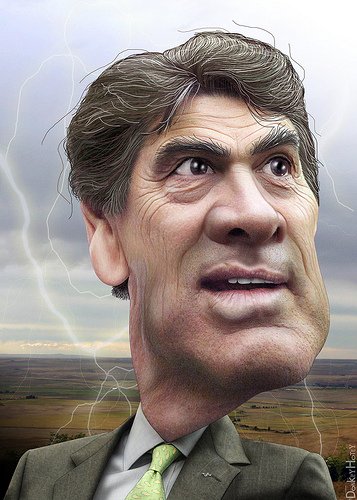 Last Tuesday, Texas Gov. Rick Perry stopped by to lend a little good-old-boy masculinity to the opening of a branch of Houston’s The Source For Women, a crisis pregnancy center (CPC) that Perry touted as the future of Texas’s new Women’s Health Program—a program explicitly designed and intended to serve women who are not, and don’t want to be, pregnant.

“The Source for Women clinics, in fact, will be part of Texas’s own Women’s Health Program, and Planned Parenthood will not be,” Perry told the crowd at the pinkified clinic, at which Texas Observer’s Emily DePrang reports he cut a giant hot pink bow “with an actual pair of oversized scissors.”

The Source claims to provide well-woman exams, for example, but at the same time, doesn’t even offer an integral part of that exam: pap smears. (Either that, or they don’t know what a pap smear is, and they’re providing them without knowing it; plenty troubling, that.) According to its own website, the Source for Women also does not prescribe contraceptives. Neither does it presently provide mammograms or employ any OB-GYNs.

Sound familiar? It should—anti-choice folks love to spread lies that Planned Parenthood doesn’t practice real medicine and to confuse breast exams with mammograms—you’ll remember that from the whole Susan G. Komen Foundation dust-up earlier this year. (Planned Parenthood provides breast exams and refers for mammograms.) Despite the fact that the Source currently provides only limited, pregnancy-related medical care and STI screenings, Gov. Perry is holding up the ideologically motivated crisis pregnancy center as the future of comprehensive reproductive medical care for low-income Texas women. He even told the crowd gathered on Tuesday that Texas is excited about helping them spread their beliefs.

“The opening of this latest medical center will enable you to spread your message,” he said, “and do your vital work, on a significantly larger scale in the years to come.”

To be fair to The Source, its CEO Cynthia Wenz said that they will eventually provide pap smears and some contraceptives. In order to be enrolled in the WHP, they’ll have to. “Obviously, we can’t qualify for the WHP if we’re not doing all of the above,” she said in a phone interview. Right now, says Wenz, she’s looking to hire OB-GYNs and is talking with her board members about which contraceptives they feel comfortable making available to patients.

“It is still on the table at the board level as to which contraceptives will be provided,” she said, adding that no “abortifacients” will be available. That’s a term that has very specific meaning to crisis pregnancy centers and anti-choice activists, and it goes well beyond what the word might mean medically and biologically and to a layperson who assumes it deals with the termination of an existing pregnancy. Instead, anti-choice activists and crisis pregnancy centers consider almost all forms of hormonal contraception and even IUD’s to be “abortifacients,” asserting that the pill can cause a “very early abortion,” and that “the pill kills.” Same goes for Depo-Provera, Norplant and the morning-after pill. So that basically eliminates all effective contraception.

Fact is, a place like The Source has no interest—indeed, a demonstrated disinterest—in women not being pregnant. What the Source does have an interest in is dictating to women, using sketchy non-science and thinly veiled religious dogma, what it believes they should do with their bodies and what kind of medical care it is appropriate for them to receive. Why should a board of directors—a group of total strangers—decide what kind of contraception is appropriate for a woman to use?

Of course abortion-related posturing is wholly unnecessary when it comes to the Women’s Health Program, again because the WHP does not cover pregnancy or pregnant women. According to a spokesperson for Texas’ Health And Human Services Department, it is “not making any changes to who the program serves,” meaning the program will continue to enroll only non-pregnant women.

No one in the WHP needs “life-affirming” pregnancy care, because no one in the WHP is pregnant—that is, if the new Texas WHP works the way it should. But if women’s contraceptive choices are limited to those dictated by the whims of a group of total strangers, and they’re counseled by nurses and doctors who consider hormonal contraception to be “abortifacients,” they may very well need pregnancy-related services.

Illustration of Rick Perry from Flickr user DonkeyHotey under license from Creative Commons 2.0