Why Is There a Black-White Gap in Breast Cancer Mortality? - Ms. Magazine
Skip to content 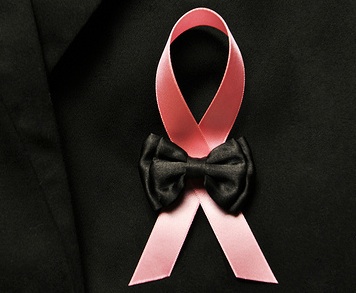 Race, class and gender snake their way into practically everything, and all of these identities come to a critical head with black women and breast cancer.

In the past 25 years, the gap between the percentage of African American women and white women who die from breast cancer has only grown wider, with black women dying at higher rates, according to a study published in 2008. Though there has been a marginal decline in breast cancer mortality overall, the decrease has occurred at a much faster pace for white women than their black counterparts. This statistic is a major riddle, since the occurrence of breast cancer is actually lower in black women. However, breast cancer tends to be more aggressive and deadly in African American women.

For one thing, a disproportionate number of African American women are impoverished, and because of their poverty may lack a primary care physician, health insurance and access to quality healthcare. That means they will have a lower chance of detecting their breast cancers early and getting adequate treatment. According to the 2008 study, healthcare providers who administer to minorities in low-income areas are less likely to be informed about preventive care or be board-certified. As a consequence, those providers may not recommend vital screening tests.

Even geography is a culprit in these healthcare disparities. If a woman lives in an economically disadvantaged area, treatment facilities may be far away and waiting times long. Since black women are more likely to be hourly employees instead of salaried, taking an afternoon off for a medical appointment means missed income. I remember, as a black youth, my own mother losing half a day’s pay to visit a medical clinic, or, if she managed to get a Saturday appointment, having to find someone to watch me. The everyday circus of walking a financial tightrope pushes breast care into life’s background.

Despite having been lucky enough to have had jobs with health benefits, I haven’t seen the inside of a doctor’s office in nearly three years myself. As a learned behavior from childhood, I wait until something goes terribly wrong before deciding I should probably seek a physician. That’s a residual mindset that comes from being raised in a household where, due to competing survival priorities, doctor visits were never a high-ranking concern.

The high mortality rate of breast cancer among black women is also culturally inflicted. A University of Toledo study suggests that a higher percentage of black women have a perceived invulnerability to breast cancer, even in families where there is a history of the disease. This thinking needs to be actively challenged since, in reality, black women are more likely to develop the most deadly subtype of breast cancer tumors. Further research is needed to show why this perception exists, but it may be due in part to a lack of communication in black communities concerning breast cancer. If nobody is talking about it, no one will take active steps to combat it.

On top of that, mistrust of doctors and the medical system may inhibit black women from having breast cancer exams and seeking treatment after they’ve been diagnosed. This suspicion of a predominantly white healthcare system is endemic in the African American community and stems from the sad history of experimentation and abuse suffered by African Americans at the hands of doctors.

In order to narrow the breast cancer mortality gap, efforts have to not only focus on medical advances but in ending racial disparities. Black women need to be educated about breast cancer screening and treatments, but healthcare providers also need to be made more aware of the cultural realities affecting underprivileged women of color.

The Affordable Care Act (ACA) is already encouraging women with limited financial means to get breast cancer screenings by removing copays for mammograms. There have also been recent breakthroughs in research showing why breast cancer is inordinately deadly for black women. The ACA even further bolstered the U.S. Department’s Office of Minority Health, which collects data and raises awareness in minority communities. All these things are necessary to more fairly equip black women with the resources to survive breast cancer.