Calling all Comedy Central junkies, SNL fans and lovers of The Colbert Report: If you care about the history of comedy, then you need to know about Jackie “Moms” Mabley, and unless you’ve done your humor homework, chances are pretty good that you don’t.

Moms Mabley (born Loretta Mary Aiken) was one of the biggest comedy stars of the 20th century. Over her 60-plus years career, she was billed as “the funniest woman in the world,” a title she fully deserved. She went from playing clubs along the “Chitlin’ Circuit” in the 1920s to performing to sell-out audiences at the Apollo Theater; she was the first African American woman to work Carnegie Hall and made the leap to television in the 1960s as a guest on programs such as The Ed Sullivan Show, The Smothers Brothers Comedy Hour and The Merv Griffin Show.

For more than 50 years, Moms appeared on stage as a toothless old woman in a shapeless house dress and floppy knitted cloche—the kind of woman who tends not to get attention. She made her routines (which, in the earlier years of her career, were XXX-rated) look so effortless that it was easy to overlook just how smart she was. Even though her innovative storytelling style of comedy would become a dominant form in the years after her death in 1975, she did not get the credit she deserved for her groundbreaking work.

Moms finally gets her due in the documentary Whoopi Goldberg Presents Moms Mabley, premiering tonight at 9 pm on HBO (see the trailer here and check your local listings for repeat showings, or watch on demand). This is Goldberg’s directorial debut, and it’s clearly a labor of love. The actor/comedian/talk-show host/now director wanted to find out whether other comedians had been inspired by Moms, and the interviews with Arsenio Hall, Eddie Murphy, Kathy Griffin, Joan Rivers and many more, let us know that the influence of Moms endures.

The film includes archival photographs and footage, animated recreations and an array of experts and entertainers telling the story of Moms from her early days in vaudeville to her involvement in Civil Rights-era politics. Many details of the comic’s life are shrouded in mystery, and Goldberg concedes that it’s impossible to know for sure what happened. Says Goldberg,

Mom’s history is the history of black folks in America … all of the information is not there.

According to one standard telling, Moms was raped twice and forced to put both children conceived by those rapes up for adoption. While there is some speculation in the film about whether Moms’ comedy arose from a foundation of pain, what comes across clearly is her power to survive.

Dancer Norma Miller offers first-hand insight into the real Moms Mabley. Miller talks about sharing a dressing room with Moms in the mid-20th century—with Moms and her girlfriend, that is. Moms was widely known to have dressed in men’s clothing off stage. Says Miller,

When you compare photos of Moms in her dress suits and dashing masculinity to photos of her wearing her stage get-up, you can see just how brilliant that transformation was. Goldberg applauds Moms for having been able to “take that persona all the way to 1975.” Moms in old-lady “drag” was a subversive powerhouse; anyone who thought she was clueless was missing the joke.

During the tumultuous racial politics of 1960s America, Moms spoke truth to power. She advocated for the passage of the Civil Rights Act and performed at the White House in 1966. Viewed from the perspective of the 21st century, Moms’ humor seems so edgy and radical that it’s hard to believe she was on TV. At the same time, she could bring audiences to tears with her moving performance of the ballad “Abraham, Martin and John” and become the oldest person ever to have a top-40 hit—at age 75—with that song of mourning and loss.

Joan Rivers tells a story about meeting Moms backstage for the first time and having a lively discussion about comedy. “Smart,”Rivers thought at the time, realizing just how much of a put-on Moms’ stage persona was. And then Moms stepped on stage. “Funny,” adds Rivers to her memory of that encounter.

Goldberg’s documentary is also smart and funny. A fitting tribute to a trailblazing woman whose comedy stands the test of time and, like any good performance, leaves us wanting more.

Photo of Moms Mabley from an appearance on The Smothers Brothers TV show, 1968. Courtesy of Wikimedia Commons 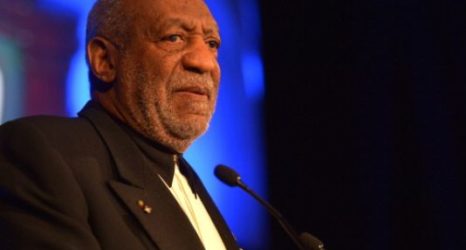 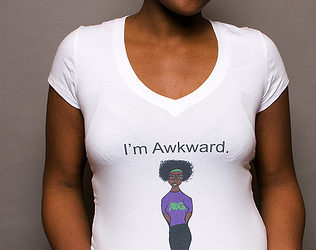