But they were all triumphant, since the 2014 Games were the first to host women’s ski jumping in the 90-year history of the Winter Olympics. Women athletes have slowly gained almost complete equality in Winter Olympics sports; only the Nordic combined event is still only offered to men.

It wasn’t easy to get women’s ski jumping on the program. In 2010, a futile lawsuit was filed by women jumpers from five countries against the Vancouver Olympic Organizing Committee for refusing to add it to the Games. The International Olympic Committee (IOC) would not support the addition because, it said, there was a lack of women competitors. But 30 competitors from 12 different countries participated in the inaugural event—a third more competitors than women’s slopestyle snowboarding, which also debuted this year.

Another reason for not including the sport in the Vancouver Winter Olympics was concerns about how ski jumping might affect women’s bodies. The president of the International Ski Federation and a member of the IOC, Gian Franco Kasper, opposed the addition in 2005 by saying, “It seems not appropriate for ladies from a medical point of view.” The Russian men’s ski jumping coach, Alexander Arefyev, also made it clear that he did not support the women’s ski jumping event at Sochi:

“It’s a pretty difficult sport with a high risk of injury. If a man gets a serious injury it’s still not fatal, but for women it could end much more seriously. Women have another purpose—to have children, to do housework, to create hearth and home.”

Lindsey Van told NPR in an interview that someone had seriously asked her whether her uterus had fallen out yet due to the jumps.

Surprisingly, women’s aerials have been part of the Olympic Winter Games since 1994. If we’re speaking in terms of difficulty and danger, this sport is treacherous. Aerial skiing includes a 45 mph ski run down a track, then the skier launches off a 14-foot high “kicker” that can get her up to 60 feet into the air. While in the air, the skier performs a sequence of flips and twists.  Ski jumping is similar in the run down a track, followed by a launch in the air, but they’re never more than about 20 feet off the ground as they fly around 300 feet in the air. Competitors are judged on form and distance.

Participating in the Sochi Games was a thrill for women jumpers who have lobbied for their inclusion for years. Lindsey Van, who was involved in the Vancouver lawsuit, explained her excitement during an NPR interview:

The women jumpers still have a ways to go before matching men’s participation in their event. Men’s ski jumping includes a “normal” hill and a large hill, but women were only allowed to compete on the normal hill.

Maybe, the large hill is where the real biological problems occur. 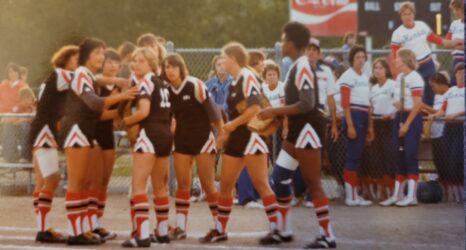 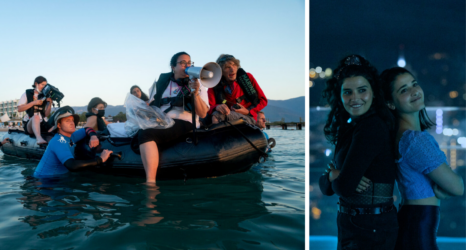