The latest annual study on military sexual assault from the Department of Defense (DOD) shows that reports of such assault rose 8 percent since 2013. Perhaps even more striking, however, is that the incidence of retribution against those who report sex crimes is a stunning 62 percent. That means service members who came forward with allegations experienced social, professional or administrative retaliation.

Despite the increase in reported assaults, the study insists that the actual incidence of sexual assault—including both reported and unreported crimes—has declined, from 6.1 percent of service members experiencing assault in 2012 to 4.3 percent in 2014. Those numbers are based on data from a 2012 Workplace and Gender Relations Survey and the 2014 RAND Military Workplace Study, but Burke calls it “merely speculation.”

Critics say that the way sex crimes are handled in the military, despite lots of talk, still doesn’t work.

Earlier this week, Sen. Kirsten Gillibrand (D-NY)  renewed a push to remove sexual assault investigations from the military chain of command. Her proposal, an amendment to the National Defense Authorization Act, would require independently trained military lawyers—rather than military commanders—to decide whether or not to prosecute those accused. She explained:

It’s Congress’ responsibility to act as if the brave survivors of sexual assault are our sons, our daughters, our husbands and our lives who are being betrayed by the greatest military on earth. The military has not been able to demonstrate that they have made a difference and they need to be held to the scrutiny and that standard this year. The DOD has failed on this issue for 20 years and the scandals of the last 12 months show that they still don’t get it.

Burke agrees, saying, “We need to fix this broken judicial system—our service members should not be relegated to second-class courts.”

Former Air Force Chief Prosecutor Colonel Don Christensen, who successfully prosecuted military sex offenders before being reassigned to another role and eventually retiring from the service, supports Gillibrand’s efforts, saying the current military justice system is “set up for failure.” In an interview earlier this week, he explained why he thinks things must change:

The Pentagon opposes these efforts and says it will continue to do so.

The DOD announced four new initiatives to combat assault and retaliation this week, including training and prevention programs. However the language describing the programs is murky, at best, and lacks much in the way of concrete steps toward curbing this crisis.

As Gillibrand put it, “There is no other mission in the world for our military where this much failure would be allowed.”

Kirsten Gillibrand: Taking On Military Sexual Assault, One Bill at a Time 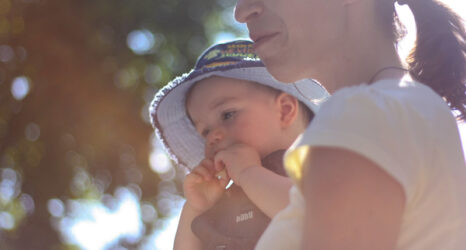 Paid Leave: All in the FAMILY