At this point in history, nearly every religious denomination allows women to be members of the clergy. While some faiths took this egalitarian step as early as the mid-1800s, others only began ordaining women in the 21st century. One woman who had to fight patriarchal structures in order to enter the clergy less than 10 years ago is Sara Hurwitz, a rabba ordained in the Orthodox Jewish faith.

Born in apartheid South Africa, Hurwitz’s parents relocated the family to the United States to find a more socially hospitable environment. “By taking us out of a country that didn’t allow people to participate equally in society, that sent a strong message that all people should be able to do what they want and everybody is created equal,” Hurwitz said in a phone interview. She internalized this message in terms of gender as well as race, choosing to attend the feminist-leaning Barnard College and getting involved with the Jewish Orthodox Feminist Alliance (JOFA) as a young woman. Although she acknowledges that humanist principles of equality informed her decision to pursue the rabbinate, Hurwitz credits her “passion for teaching Torah and serving the Jewish community” as the primary reasons for wanting to become a clergy member.

In contrast to how Orthodox men achieve semikha (ordination), Hurwitz did not enroll in a rabbinical school, as none were open to her because she’s a woman. Instead, she studied privately with the iconoclastic Rabbi Avi Weiss, leader of the Hebrew Institute of Riverdale (HIR) in the Bronx. After five years of study, in 2009, Weiss gave Hurwitz semikha and created the title maharat, an acrostic standing for the Hebrew words “leader of Jewish law, spirituality, and Torah.” Later, Weiss changed Hurwitz’s title to rabba, the feminine form of the masculine word rabbi.

This was seen as a very controversial move by the Orthodox world, with various factions arguing over the legitimacy of a woman taking on a rabbinic role. “It was definitely a challenging time in my life,” Hurwitz says. “I think that one of the ways in which I was able to sustain myself was I had a tremendous support system in my family as well in my community. I felt really supported and nurtured by HIR and the Yeshiva[t Maharat] community.”

In order to end to the debate, Weiss agreed not to ordain any other women with the title rabba. However, he and Hurwitz have not ceased to equip Orthodox women with the tools to lead Jewish communities as maharats: The two established Yeshivat Maharat, a school whose mission is to train and ordain women as Orthodox clergy. With five graduates already working in the field, six set to graduate in June, and several others completing the program, Yeshivat Maharat has distinguished itself as a thriving institution. The Yeshiva is firmly part of the Orthodox camp, per Rabba Hurwitz’s goals: “I’m fully committed…to push the boundaries from within to find a place for Orthodox women to serve within the context and the framework of halakha [Jewish law] and the Orthodox community,” she says.

Rabba Hurwitz has not only made history by being the first Orthodox woman to receive mainstream semikha, but by creating a trajectory for other women to follow in her footsteps. Rather than falling prey to the Queen Bee syndrome, Hurwitz has made the road easier for others. “I’m looking forward to a time when women are seen as valuable and exceptional spiritual leaders regardless of their gender,” she says. She has begun to create a world where such a vision can be enacted, where Orthodox clergy is made up of people of all genders working together to form a more inclusive Judaism. Orthodox Judaism can only become stronger by giving more leadership opportunities to half of its adherents.

Talia Weisberg is a student at Harvard concentrating in the Comparative Study of Religion with a secondary field in Studies of Women, Gender, and Sexuality. She was named as one of the Jewish Week's 36 Under 36 in recognition of her feminist activist work. 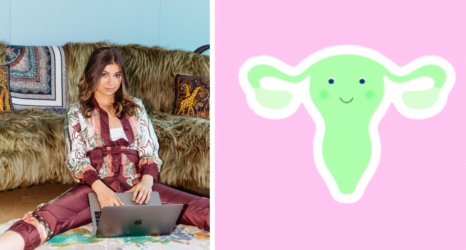 I Will Not Be Overturned: Why I Developed an NFT Collection to Combat the Overturning of Roe v. Wade 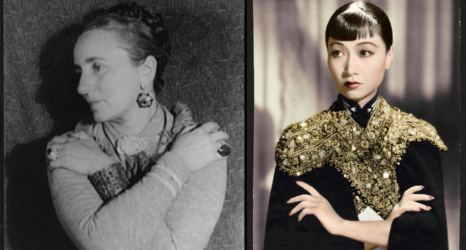 The Movie Star and Madame Salon: The Friendship of Anna May Wong and Bernardine Szold Fritz