In late fall 2015, we sat down with Representative Marsha Blackburn (R-TN) to talk about women’s representation in congress. She characterized her female peers as “leaders of the Get ‘er Done Caucus,” foreshadowing a theme that would stand out in the remainder of our interviews with over three-quarters of the women members serving in the 114th Congress.

We highlight those findings in our latest report, “Representation Matters: Women in the U.S. Congress,” which draws upon over 40 hours of interviews with congresswomen to highlight women’s contributions to governing and understand how women are navigating the contemporary environment of party polarization. Among our many findings is this one: women perceive their focus on policy achievement over ego as yielding results in spite of the environment of gridlock and party polarization in which they operate.

This finding is not unique to our latest research. In 2008, the Center for American Women and Politics surveyed women and men state representatives nationwide about their paths to office and found that while the plurality of women identified the single most important reason for running for the legislature was due to their “concern about one or more specific public policy issues,” while the top reason identified by men was their “longstanding desire to be involved in politics.”

What does this mean once these legislators are in office? Representative Cathy McMorris Rodgers (R-WA) told us, “[I] believe that women are maybe less motivated by what might be next on the career ladder versus actually wanting to make a difference, wanting to make an impact for the long term. And really about digging in and doing the tough work of getting something done.”

If men are motivated to gain and retain political power, then, it’s not surprising that their decisions in the legislature will be guided by those goals. In contrast, if women’s primary concern is making policy change, they may be more willing to take political or electoral risks to see results. Representative Anna Eshoo (D-CA) explained, “I don’t think women come here to be somebody. I think we come here to get things done.”

The most recent popular example of this dynamic is that women senators—Republicans and Democrats—are credited with shutting down the government shutdown of 2013. But the women we interviewed emphasized that this results-oriented approach is not limited to times of crisis. Senator Barbara Boxer (D-CA) characterized women as “problem-solvers, rather than problem-makers,” adding, “We have problem-makers among Senators who are men. We have none among women.”

In practice, problem-solving requires behavior that cuts through party division. After labeling women in congress “problem solvers,” Representative Tulsi Gabbard (D-HI) elaborated, “We collaborate, bring people together around a common solution, and do our best to deliver results.” That willingness to build coalitions is what Craig Volden, Alan Wiseman, and Dana Wittmer argue may explain why minority party women in the U.S. House have been more successful in keeping their legislation alive in the face of majority opposition than their male peers. (And Volden and Wiseman now have similar findings of minority party women’s coalition-building strength in the U.S. Senate.)

Some research challenges the idea that women are more bipartisan or collaborative than their male counterparts. Most recently, Jennifer Lawless and Sean Theriault found “faint evidence” that women are any less likely than men to stymie legislative progress via procedural votes and amendment introductions. However, the same research finds that women are more likely “to value and contribute to a collegial work environment,” as measured by participation in cross-party social activities.

The relationship between gender and policymaking can be difficult to observe and measure. Collaboration can occur well before votes are cast or amendments introduced; in fact, legislative strategy includes the work done by members—often done informally and without empirical evidence – to avoid problems en route to policy passage. Creating the conditions for conversation outside of hearing rooms and legislative chambers may reduce the number of veto points possible once public discussion begins. Working across party lines at the earliest stages of bill creation and sponsorship is an important way to clear hurdles to legislative success.

Of course, valuing consensus as a means to achieving results does not negate the complexity with which women members approach legislating. As Senator Susan Collins (R-ME) told us, “I think women tend to be more collaborative, but I want to dispel the notion that somehow we think alike or that we share the same political views; just as the men in the Senate span the ideological spectrum, so do the women. But I do believe the style of the women senators is more collaborative.” Put differently, women need not simply ignore or avoid problems to build consensus; consensus comes through strategically tackling problems that stand in its way. That may require introducing amendments or voting no on moving legislation forward in hopes that short-term interventions will ensure long-term policy success.

Key to any discussion about the importance of women’s representation, however, is recognition that representation without power is insufficient to see the types of change that the members we spoke with identify as especially common among women. They cited examples of women in committee leadership paving the way for compromise and passage of key pieces of legislation in recent years, including the Every Student Succeeds Act, the Fixing America’s Surface Transportation (FAST) Act, and the Farm Bill, to name a few. In contrast, the dearth of women’s positional power in other key debates might hurt chances of success. Take, for instance, the Senate’s working group in the 115th Congress on replacing the Affordable Care Act. Of thirteen members, none are women. If our interviews with women in Congress are correct, a bipartisan solution on health care is far less likely because female voices have been excluded.

Senator Tammy Baldwin (D-WI) shares this observation in our report: “More women go into politics to get something done, to solve a problem…than men do. Very few of my female colleagues got into politics because they just wanted to be a U.S. Senator. You know, they got in because there was something awry that they wanted to work on and… some of the stories are quite profound….We’re not there for the power of politics.”

She may be right, especially based upon the frequency with which women members expressed the same belief. But if the voting public is frustrated with the ineffectiveness of Congress, as 81 percent are, electing women and giving them the political power they need to get things done is a two-pronged approach to changing the game.

Opinions expressed here are the authors’ own. Ms. is owned by Feminist Majority Foundation, a 501(c)3 organization, and does not endorse candidates. 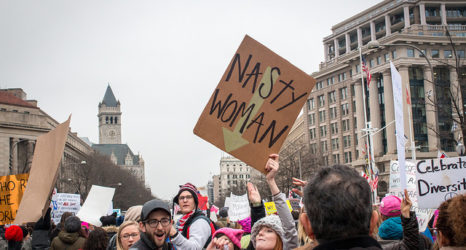 Gender Played a Starring Role in the 2016 Election 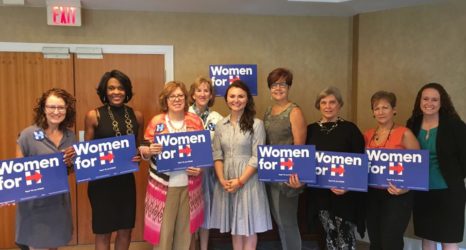 Are Republican Women (for Hillary) The New “Reagan Democrats?”