This post was originally published in 2014. We republished it as part of Daring to Remember.

Imagine being a teenager before 1972. Birth control is not a legal option. You haven’t had a period for three months. The swelling in your belly confirms your worst fears. You aren’t ready to get married. A back-alley abortion is dangerous. If your condition becomes public, you face certain shame and blame for having “gotten yourself” pregnant. You feel powerless.

Now imagine what is at stake today if access to birth control becomes more restricted, if Roe v. Wade is further eroded, or if Planned Parenthood is defunded. Rather than being empowered to make informed choices for themselves, girls and women who are unprepared for pregnancy could again become powerless pawns in a political game of control.

During the period prior to Roe v. Wade, girls who “got themselves pregnant” would typically be removed from school once they started “showing.” To protect these girls from shame and humiliation, they were often sent away to unwed mothers’ homes. Those girls could then secretly have their babies, relinquish them for adoption, and then return to their communities as though nothing ever happened. I was one of those girls. I wasn’t a “loose” girl, but I was a lost girl. I had grown up with unspeakable abuse and neglect. Like too many other girls with low self-esteem, I looked for love in the wrong places.

Public opinion condemned girls like me who became pregnant outside of marriage. Just a few years before Roe v. Wade, a business leader in Portland, Oregon was quoted as saying, “Frequently the girl has no regret, no remorse and no conscience. We’ve come to the point, I think, where we again must speak in absolute terms about moral values.” 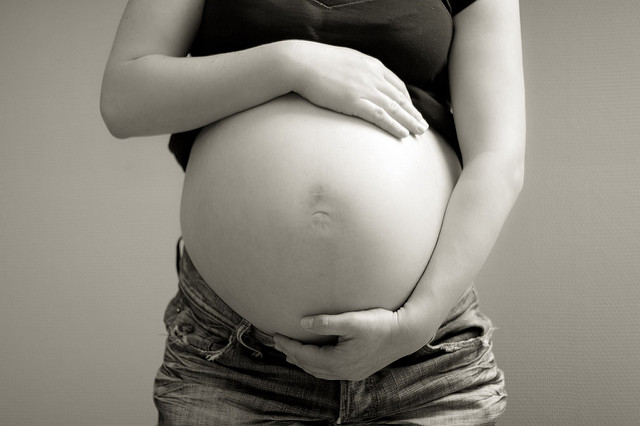 At 16, I gave birth to a baby boy. I was pressured to give my son up for adoption. A week after my child was born, I took a bus into downtown Portland and signed papers to relinquish him. No parent or guardian was required to sign on my behalf.

For the next decade, I didn’t believe I had any power over my own life. I saw myself as a victim rather than having any agency of my own. I went through the motions of living, but my spirit had been seriously damaged.

It wasn’t until I was a teaching assistant in graduate school that I realized I had never been allowed to grieve for a child I lost. I also learned that two of the other graduate teaching assistants I knew were birthmothers as well. They too had been shamed into silence. Ironically, we had all been drawn into the field of communication.

I eventually searched for my relinquished son through a state agency. He was contacted and told I was searching for him. He chose not to have contact with me. Nonetheless, I felt a sense of closure knowing he had been contacted.

I sometimes wonder if I would have chosen abortion had it been available to me when I was a teenager. I don’t know for sure what I would have done, but I do know that if I had been given the basic right to make an informed choice concerning my own body, I could have more willingly embraced whatever consequences followed. Instead, I spent too many years feeling like a powerless pawn with no control over my life.

It has now been decades since girls and women were denied basic reproductive choices. Yet I believe that if we are not vigilant, we could once again see a time when girls and women are shamed into silence rather than empowered to choose.

Paula Usrey is an associate professor of communication at Umpqua Community College in Southern Oregon.