Feminists Aren't Done Fighting Back Against Rape in the World's Most Dangerous Country for Women - Ms. Magazine
Skip to content

The Thomson Reuters Foundation this year declared that India was the most dangerous country for women in the world—and though government agents in the region are pushing back on the decision, women’s rights activists are pushing on in their fight to end an epidemic of sexual assault that continues to draw international headlines.

The Indian National Commission for Women Chairperson, Rekha Sharma, rejected the survey results, claiming the sample size was too small and cannot be the representative of the whole country. But feminists in India said sensitizing lawmakers to the issue, breaking the silence and building collective consciousness are the keys to combat violence and discrimination against women—and they’re not backing down for the sake of national pride.

ElsaMarie D’Silva, one of the 548 people surveyed for the Reuters’ study, is the founder and CEO of Red Dot Foundation (Safecity), an organization that crowdmaps sexual harassment in public spaces. “Whilst we can debate the ranking, the sample size and the methodology,” told Ms., “we have to wonder if these cases of sexual violence are acceptable or not and if it puts the rest of us at risk.” D’Silva recommended ensuring justice ecosystem where women suffering from sexual harassment and assault don’t face judgement, but instead find supportive and efficient legal processes at their disposal. She also emphasized encouraging bystander intervention and teaching sex-ed in schools and colleges in order to create social norms for non-violent communication, understanding consent and respecting boundaries.

Indian poet, fiction writer and womanist Kavya Sharma wasn’t shocked by the survey results. To her, they showcase the strength of a backlash to growing activism around ending violence in the country. “With it being the most unsafe country in this regard, it’s honestly no shocker,” she told Ms. “While after the heart-wrenching Nirbhaya case people were on streets fighting for their most basic rights, things only got worse. It’s so traumatizing to realize that most of the sexual harassment and rape cases are not even reported. On the ground level, I feel the police needs to be sensitized on the issue, many people shun these incidents away with the fear of being ‘judged’ by the society. Women, instead of fighting, are taught to just ignore the red signals, it’s a shame but sadly it’s the reality too.”

Award-winning author and feminist activist, Meghna Pant, has a simpler call to action: “Stop the silence so that you can stop the violence,” she told Ms.

“It is difficult to start a constructive and proactive dialogue on sexual violence because our country makes it nearly impossible for women to speak out,” she observed. “A woman who does speak out is subject to harassment, criticism and, sometimes even, disbelief. She leaves herself open to public scrutiny: she is called names, she is judged for the clothes she wears, the job she does and the boyfriend she has. Her family is also drawn into this fracas. No wonder then that there’s always been this cloak of silence surrounding sexual molestation.”

Regardless of ranking, it’s clear that a culture shift is in order for the men and women of India—and feminists on the ground will not stop speaking out until they are heard and believed. 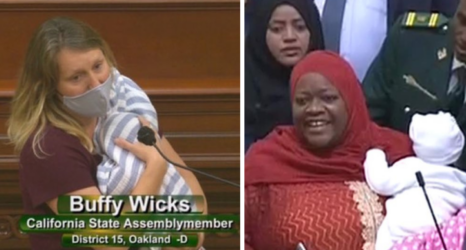 Politics Has Been an Unkind Place for Women With Children. It’s Time for Structural Change.