This post is the first in a series produced by ADL in partnership with Ms. In each installment, we will explore a different aspect of what we’re calling the “male supremacy movement”—a network of formal groups and informal communities dedicated to subjugating women—and its intersections with the so-called alt-right’s racism.

Every day, when white supremacists make their hatred known, we immediately and rightly call them extremists. Our collective outrage hasn’t been nearly as loud—or unequivocal—when it comes to men who express their violent anger toward and loathing for women.

The fact of the matter is these groups warrant a side-by-side examination. There is a robust symbiosis between misogyny and white supremacy; the two ideologies are powerfully intertwined. While not all misogynists are racists, and not every white supremacist is a misogynist, a deep-seated loathing of women acts as a connective tissue between many white supremacists—especially those in the so-called alt-right, and their lesser-known brothers in hate like self-identified involuntary celibates (incels), Men’s Rights Activists (MRAs) and Pick Up Artists (PUAs).

Incels believe men deserve to have sex with any woman they choose. MRAs and PUAs advise each other on the “best” way to get away with rape. White supremacist Andrew Anglin writes approvingly about raping and beating women.

This cross-pollination means the largely anonymous outrage of the men’s rights arena acts as a potent gateway drug into the white supremacist and anti-Semitic ideology of the alt-right. After all, it’s not a huge leap from “women’s quest for equal rights threatens my stature as a man” to “minorities’ and women’s quests for equal rights threaten my stature as a white man.”

It also means that to fully comprehend either white supremacy or misogyny, we have to attempt to understand both.

Misogyny is a dangerous and underestimated component of extremism, and in this forthcoming series, we will investigate the ways in which people in the white supremacist, incel and MRA orbits feed and inform one another’s poisonous hatred of women. We can’t afford to turn a blind eye to this sinister threat against women, which comes in the form of domestic violence, rape, online harassment, death threats and other attacks. We’ve already witnessed the deadly consequences far too many times. 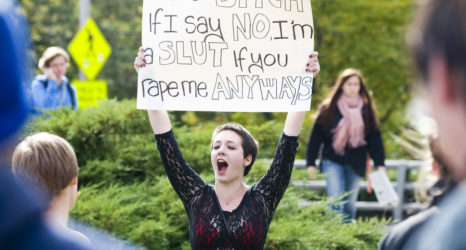 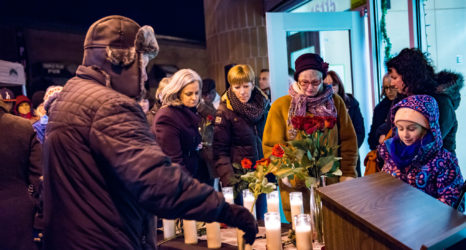